Sabarimala: Family Of Chief Priest And The Royals May Shut Shrine Indefinitely For ‘Punyaham’ If Women Begin Visiting 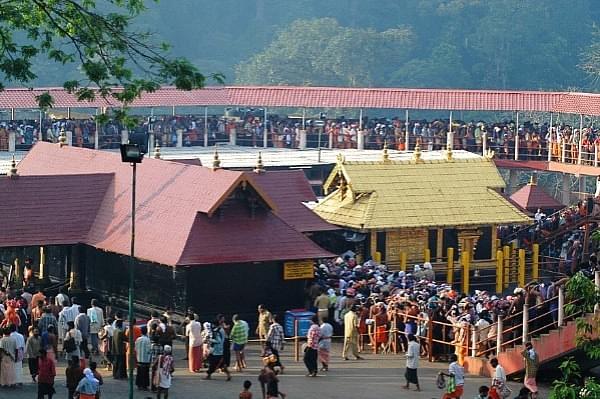 Amid the growing protests by Ayyappa devotees against the Supreme Court verdict allowing women of all ages to enter the Sabarimala shrine, the families of the temple Thantri (priest) and the royals who patronised the shrine may decide to close down the temple indefinitely for ‘Punyaham’ (a ritual performed for cleansing the temple), reports Marunadan TV.

The priest’s family reiterated that they are the authority when it comes to the rituals conducted in the temple. ‘Punyaham’ should be performed, when there is any violation in routines. The same holds when women between the ages of 10 and 50 enter the temple.

Reports suggest that the Supreme Court or the government do not have the authority concerning the performance of the ritual. If the Supreme Court order is implemented in letter and spirit, ‘Punyaham’ must be conducted frequently, which is supposed to be practically impossible as the temple needs to remain closed while the cleansing is done.

Temples are as important as their deities, and any form of dilution in temple rituals will make the shrine like any ordinary place. Once the SC verdict is implemented, the priest and the royal family would have to close down the temple to restore the sanctity of the temple, Pandalam Royal Family Representative Kerala Varma Raja was reported as saying.

This decision may impact usual devotees as the ‘Mandala-Makaravilakku’ season starts in November and the temple usually sees a footfall of millions every year.