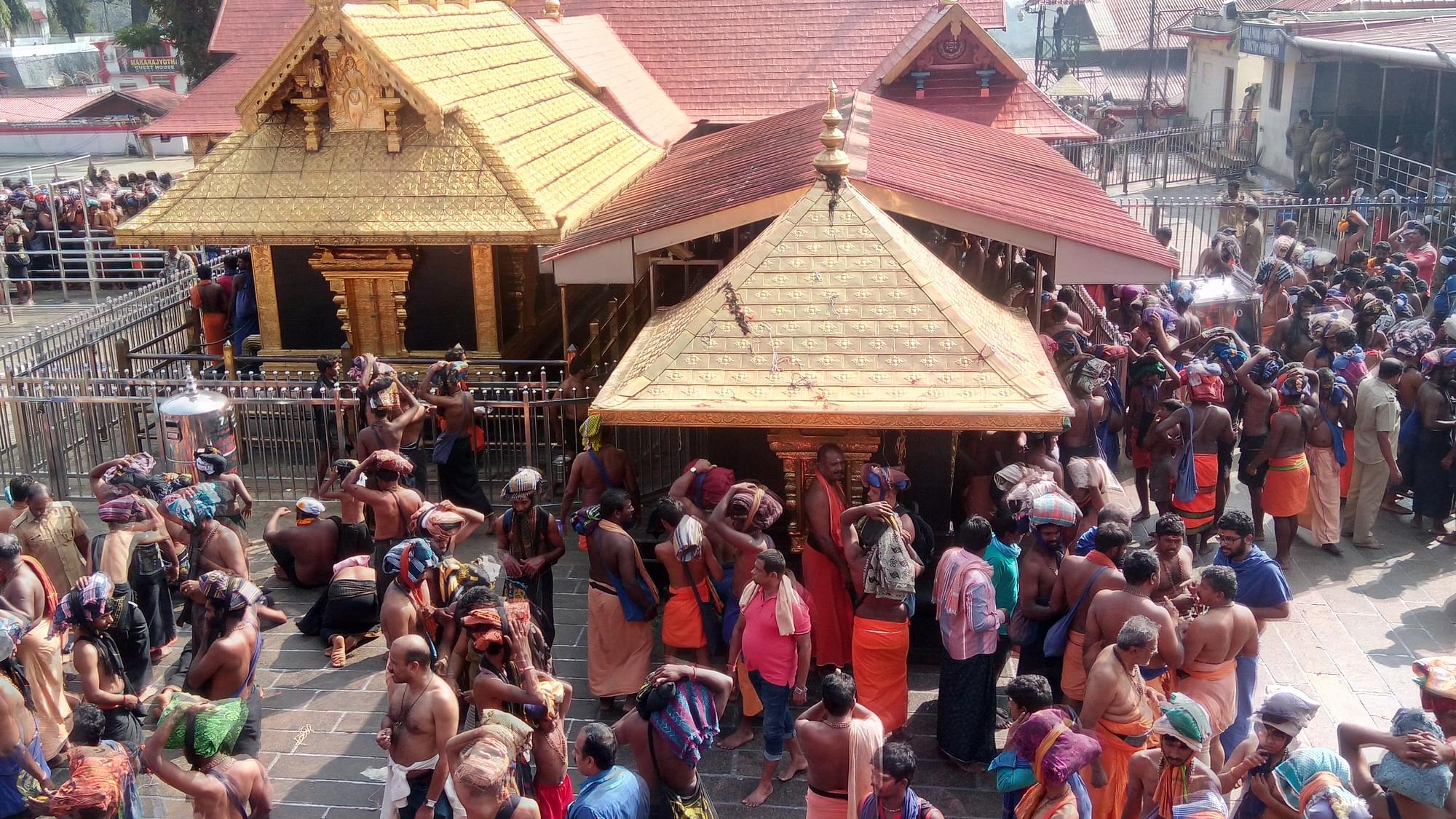 Sabarimala Ayyappa temple is scheduled to open for its annual festival for a period of ten days starting from 11 March, reports Times of India.

Temple tantri Kandararu Rajeevaru will preside over the temple opening ceremony as per the TOI report, which quoted the Travancore Devaswom Board (TDB).

A new gold plated door for the sanctum sanctorum will be installed when the shrine opens today.

The holy door (nada) is reportedly made of high-quality teak wood and has been plated with at least four kilograms of gold. A group of Sabarimala devotees led by a devotee named Unni Namboodiri, met the entire expenses of the door, said TDB President A Padmakumar.

“The new door is designed in such a way that the gold platings could be removed once the door suffers any damages over time,” said Padmakumar.

The festival season will end on 21 March.

The hill shrine was witness to protests, and curfew orders, post the 28 September controversial Supreme Court verdict that removed the centuries-old tradition that prevented women between the ages 10-50 from entering the temple.