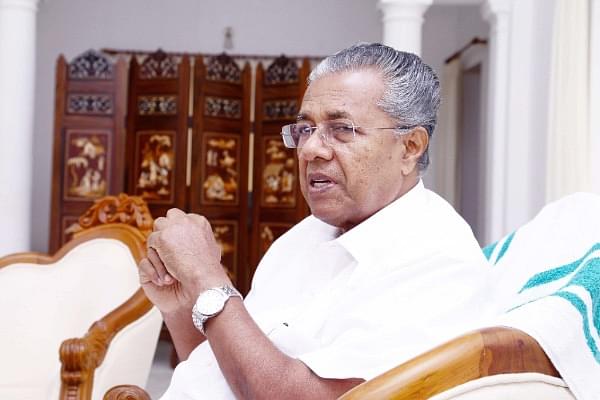 Facing flak from devotees and opposition parties in the row Sabarimala over allowing women of reproductive age into the Ayyappa temple, Kerala Chief Minister Pinarayi Vijayan has come down heavily on the Thazamon family which holds the Thantric rights over the family, reports The Times of India.

He was addressing a Left Democratic Front (LDF) rally in Pathanamthitta were he made the remarks against the family.

“They say that Lord Ayyappa is a celibate. But then there are other idols who are also eternal celibates all over the country. However, in such temples, the priest should also be a celibate. But we know the case of Sabarimala priests, they are not only in grihasthasramam (wedlock) but have been involved in prostitution”, the CM said. He also mocked the Pandalam Royal family going bankrupt and being forced to join the Travancore Kingdom.

The Chief Minister was referring to 12-year-old incident that took place in Kochi when a former Thantri Kandararu Mohanaru was arrested along with two women, one of them Sobha John identified as a goon leader. However, the court discharged the priest from the cases when his innocence was proved. He has abstained from performing rituals in the temple since then.

The criticism came when government efforts to implement the Supreme Court ruling on 28 September failed in the face of the staunch opposition from devotees, especially women. The government which initially did not concede to the demands of the devotees and Thanthri family had to withdraw police support for the activists who tried to enter the temple.