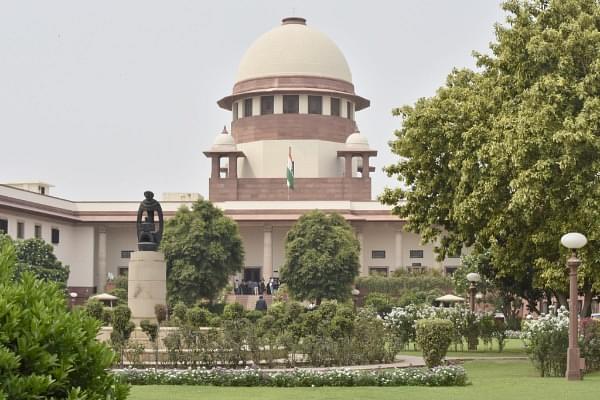 Following the Supreme Court’s Sabarimala verdict, the state of Kerala witnessed widespread protests which included congregation of a large number of women demanding the restoration of the temple’s ancient traditions.

Now this struggle has reached the apex court’s doorsteps with an organisation named National Ayyappa Devotee Association filing a review petition against the order.

The Supreme Court in its 28 September verdict, had allowed women of all ages to enter the Sabarimala temple. This verdict was passed with a 4:1 majority verdict with the lone woman judge on the bench, Justice Indu Malhotra expressing dissent.

The review petition filed on Monday (8 October) termed the Supreme Court judgement as “absolutely untenable and irrational, if not perverse”, Indian Express has reported. The plea has been filed in the name of Shylaja Vijayan, the president of the organisation.

When it comes to the head priests of the Sabarimala temple, they have announced their decision to skip a meeting called by Chief Minister Pinarayi Vijayan over the matter. They contended that they would decide the next course of action following the outcome of the review petition.