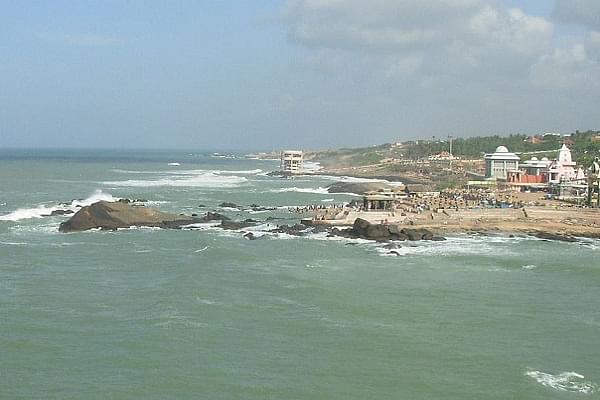 Holy water from Triveni Sangamam or Mukkudal of Kanyakumari and Cauvery river and sacred soil from Tamil Nadu have been sent to Ayodhya where the “bhoomi pujan” ceremony for Lord Ram’s grand temple will be performed on 5 August, said officials of Tamil Nadu unit of Vishva Hindu Parishad (VHP).

Mukkudal in Kanyakumari is the confluence of three seas — the Indian Ocean, Bay of Bengal and Arabian Sea.

“Holy water from the Triveni Sangamam in Kanyakumari and sacred soil from Dhanushkodi near Rameswaram have been sent to Ayodhya,” R Sethuraman, Organising Secretary, Tamil Nadu (South) VHP told IANS.

As per the legend, Dhanushkodi is the place where Lord Ram broke the Ram Sethu bridge with his bow’s end and hence the name Dhanushkodi “bows end”.

Rameswaram is one of the important pilgrimage town for Hindus where Ramanathaswamy Temple is located. The presiding deity is Lord Shiva. It is believed that Lord Ram prayed to Lord Shiva here.

Sethuraman said ‘prasad’ from Sri Ranganathaswamy Temple in Srirangam near Trichy will also be sent to Ayodhya.

Sethuraman said as per legend, Lord Ram used to perform pooja and pray to Ranganathaswamy (or Lord Vishnu in a reclining posture).

Lord Ram gifted the deity to Vibishana on the condition that the latter cannot keep the idol on the ground and if done then it could not be moved.

While on his way to Lanka, Vibishana kept down the deity on the banks of river Cauvery. Later he was not able to lift it. However, the Lord blessed Vibishana saying that he will always be looking South in a reclining posture and protect his kingdom. Vibishana succeeded his brother to the throne.