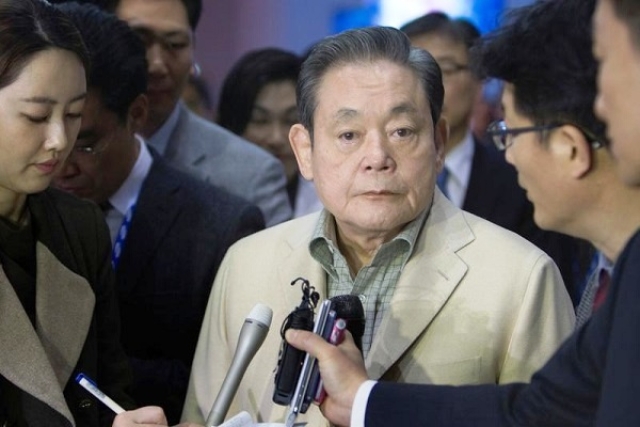 Samsung Electronics chairman Lee Kun-hee, who transformed the company from a struggling second-tier TV maker to the world's biggest technology firm by revenue, died today (Oct 25) at the age of 78.

During his more than three decades at the helm, Samsung catapulted to world’s largest producer of televisions, smartphones and memory chips.

Lee, was bedridden since May 2014 after he suffered a heart attack. His son Lee Jae-yong currently runs the conglomerate.

Lee helped his father Lee Byung-chull grow his noodle trading business into a powerhouse, which has in the present day evolved into South Korea's largest conglomerate with a massive global footprint and outreach.

In his remembrance, Samsung issued an official statement which venerated Chairman Lee as a true visionary who transformed Samsung into the "world-leading innovator and industrial powerhouse from a local business."

The statement talked of Lee's 1993 declaration of the "New Management" which served as the company's motivation to manifest the vision of delivering the best technology to help advance global society.

The company's statement said, "His legacy will be everlasting."

Lee died six years after he was first hospitalised for a heart attack. He was the latest second-generation leader of a South Korean family-controlled conglomerate to die, leaving behind thorny succession issues for the third generation.