Sanjay Raut Has Given Me An Open Threat, Asked Me Not To Come Back To Mumbai, Alleges Kangana Ranaut 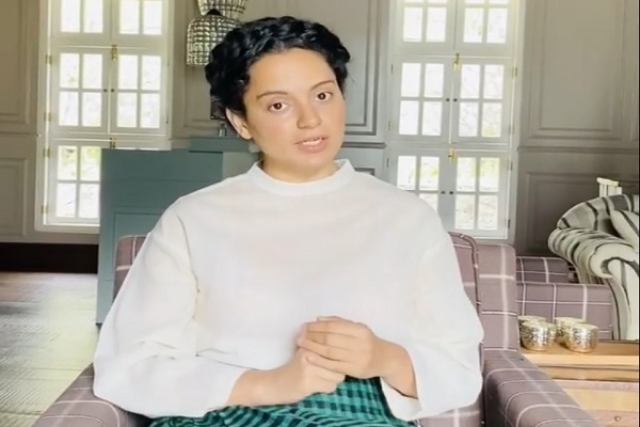 A new controversy has erupted involving Bollywood actor Kangana Ranaut. Shiv Sena leader Sanjay Raut reportedly has asked her "to refrain from travelling back to Mumbai".

This reaction from Raut came after Kangana made a statement saying that she feared the city police force more than the 'movie mafia', a report in the New Indian Express said.

When @CPMumbaiPolice is openly intimidating me like this, encouraging bullying and crime against me, will I be safe in Mumbai ? Who is responsible for my safety? @PMOIndia

Raut has reportedly "slammed her" for her statements. He took to the well-known Shiv Sena’s mouthpiece 'Saamana'. He has been quoted writing.

"We kindly request her not to come in Mumbai. This is nothing but insult to Mumbai police. The Home Ministry should take action over it (sic).”

The actor has been taking on Mumbai Police in her posts on Twitter.

The actor took to Twitter to react to it.

She said, "Sanjay Raut Shiv Sena leader has given me an open threat and asked me not to come back to Mumbai, after Aazadi graffitis in Mumbai streets and now open threats, why Mumbai is feeling like Pakistan occupied Kashmir?"

Sanjay Raut Shiv Sena leader has given me an open threat and asked me not to come back to Mumbai, after Aazadi graffitis in Mumbai streets and now open threats, why Mumbai is feeling like Pakistan occupied Kashmir? https://t.co/5V1VQLSxh1

Kangana has been vocal on the use of drugs by actors in her industry.

Her statements have found support from people on social media and sections of the news media.

She has been outspoken in the wake of charges of nepotism on several prominent actors of the industry in the aftermath of actor Sushant Singh Rajput's death, the probe for which is currently on.