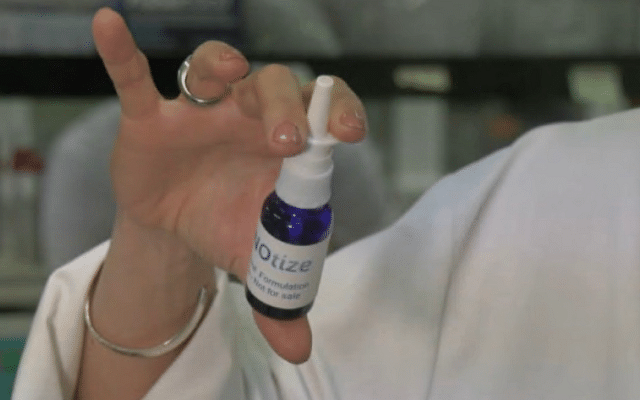 Pharmaceutical company SaNOtize in-collaboration with NHS hospitals in the UK announced the results of the phase-2 trials of the Nitric Oxide Nasal Spray (NONS), which is a nasal spray based treatment for Covid-19.

The treatment method has been found to be highly effective, as it significantly reduced the viral load in patients by around 95 per cent in just 24 hours. This viral load decrease was also recorded in serious patients.

In a randomised, double-blind, placebo-controlled Phase 2 trial that evaluated 79 confirmed cases of COVID-19, SaNOtize’s early treatment for Covid-19 significantly reduced the level of SARS-CoV-2, including in patients with high viral loads.

The average viral log reduction in the first 24 hours was 1.362, which corresponds to a decline of about 95 per cent. Within 72 hours, the viral load dropped by more than 99 per cent.

The majority of these patients had been infected with the UK variant, which is considered a variant of concern. There were no adverse health events recorded in the UK trial, or in over 7,000 self-administered treatments given in earlier Canadian clinical trials.

NONS is the only novel therapeutic treatment so far proven to reduce viral load in humans that is not a monoclonal antibody treatment. Monoclonal antibodies are highly specific, expensive and must be administered intravenously in a clinical setting.

The SaNOtize treatment is designed to kill the virus in the upper airways, preventing it from incubating and spreading to the lungs.

Israel and New Zealand have already approved the public sale of NONS. It will be sold under the brand name of Enovid in Israel and is expected to hit the shelves this summer.