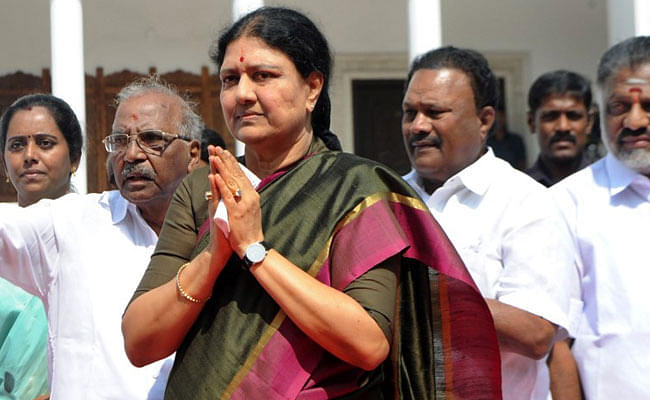 This included specially cooked food and access to special cells, as per the inquiry committee which probed allegations by a senior police official.

Sasikala is currently incarcerated at the Bengaluru jail serving a four-year sentence over charges of corruption and disproportionate assets.

She had reported that Sasikala was given preferential treatment which included a separate kitchen just for her at the Parappana Agrahara Central Jail.

"I have accessed the 295 pages report through an RTI query. The report confirms that Sasikala was given special treatment in the jail," the RTI activist told PTI.

"Through the evidence, we get a clear indication of some food cooking activity in the group of five cells made available to Sasikala," noted the report of inquiry panel led by retired IAS Vinay Kumar. Though the report was submitted to the Karnataka government in 2017, its findings have just been made public.

In her report, Roopa had also hinted at the complicity of her then-boss, Director General of Prisons HN Satyanarayana Rao, who she said, was aware of jail rules violations but had taken little corrective action.

The Roopa report also referred to the speculation that Sasikala had paid 2 crores to jail officials for availing special facilities and claims swirling in the jail that the Satyanarayana Rao may also be a beneficiary.

After her report created a huge furore, Roopa was shunted out by then Siddaramaiah led Congress government and posted as DIG Commissioner for Traffic and Road Safety, Bengaluru.

With the probe by a former IAS officer establishing that there were serious lapses in following standard prison procedures, Roopa said that she stands vindicated "My report was not accepted by the government, and instead I was transferred from the post. The independent inquiry panel's report, led by Vinay Kumar, is in line with my findings".