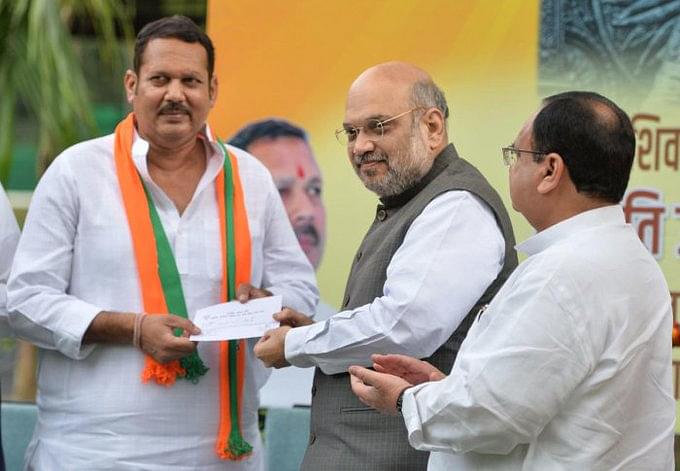 After facing an embarrassment in Haryana, the Bharatiya Janata Party (BJP) has another bad news coming its way from Maharashtra’s Satara Lok Sabha seat where its candidate Udayanraje Bhosale is trailing by over one lakh votes, according to News18.

Nationalist Congress Party (NCP) candidate and Sharad Pawar-loyalist Shriniwas Patil looks all set to defeat Bhosale, who is a descendant of Chatrapati Shivaji Maharaj and member of the Satara Royal Family.

Bhosale, who is the sitting MP from the seat, had recently quit the NCP to join the BJP, making the fresh elections on the constituency necessary. He had joined the party in the presence of party president Amit Shah, working president J P Nadda, state Chief Minister Devendra Fadnavis. Prime Minister Modi had also addressed an election rally in his support at Satara.

The by-election on the seat had became a battle of prestige for both the BJP and the NCP.

Sharad Pawar’s party seems to be gaining the most from the 21 October assembly polls as well as the bypolls in the state. It is, currently, leading on 52 assembly seats.