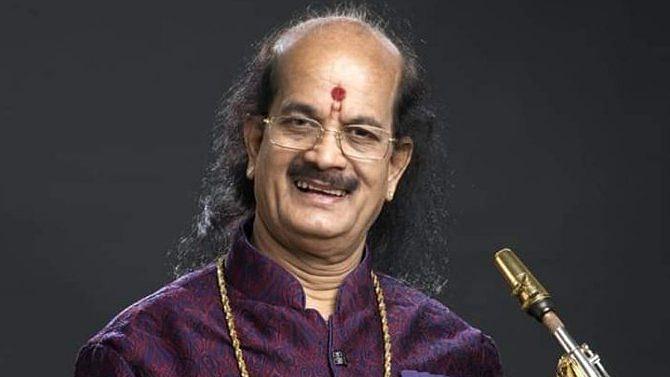 Noted Carnatic musician and Chakravarthy of Saxophone, Kadri Gopalnath who became known as a trailblazer and is hailed as one of the pioneers of contemporary Carnatic, music passed away early on Friday (11 October) morning, reports Times Of India.

The internationally renowned maestro was 69 years old and is survived by his wife and three children, one of whom is the famous composer and singer Manikantha Kadri. His health has been in deterioration for the past three months. He was admitted to the hospital on Thursday night.

He received his initial training under the tutelage of his father in Saxophone and later he learned music under violinist maestro N Gopalakrishna Iyer. Saxophone being a western instrument, it was his sheer hard work, dedication and devotion to music that made him master this instrument. According to him, it took nearly 20 years to master the nuances of this instrument.

Over the years his musical genius has been acknowledged by the likes of Carnatic music doyen Semmangudi Srinivasa Iyer.

Prime Minister Narendra Modi in his tweet lauded Kadri Gopalnath’s achievements and said he epitomised excellence and is pained by his demise.

The remarkable Kadri Gopalnath epitomised excellence. Blessed with exceptional diligence and talent, he made a valuable contribution to Carnatic music. His works were popular across continents. Pained by his demise. My thoughts are with his family and admirers: PM @narendramodi

Over the years, Kadri Gopalnath was recognised and received many prestigious awards. In 2004 he received the Padma Shri but for him the biggest recognition was the ‘Asthana Vidwan’ of Sri Kanchi Kamakoti Peetam, Sri Sringeri Sharadha Peetam, Sri Ahobila Mutt and Sri Pillayarpatti Temple.

Gopalnath became the first Carnatic musician to be invited in the BBC Promenade concert in 1994, in the Royal Albert Hall at London.

Other awards that he received were the Karnataka Kalashree in 1996, Vocational Excellency Award from the Rotary of Madras, Tamil Nadu State Award "Kalaimamani" and Karnataka Rajyotsava Award in 1998.

He received an honorary doctorate from Bangalore University in 2004.