SC Bans Namaz By Outsiders At The Taj Mahal Mosque; Says People Can Offer Prayers At Other Places 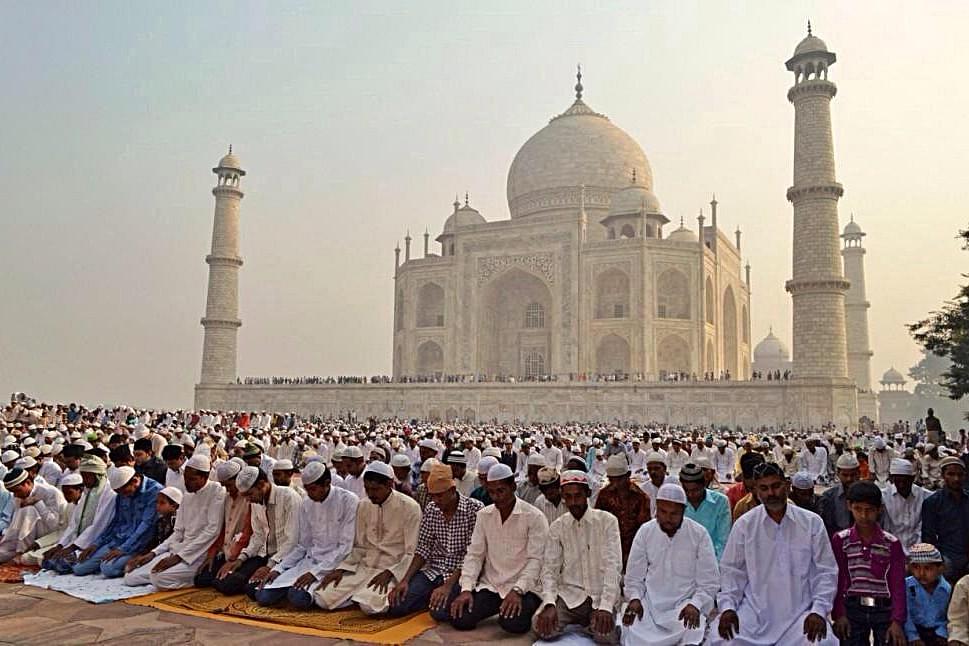 Muslims offer prayers at the Taj Mahal. (pic via Twitter)

Backing the local administration’s decision to disallow non-locals from offering prayers at the mosque in Taj Mahal on Fridays, the Supreme Court (SC) said that their is no need for prayers to be offered at the monument, Times of India has reported.

The local administration had on 24 January passed an order saying that only Agra residents with valid identity proofs will be allowed to pray at the monument on Fridays. A petition was filed in the SC against the order.

The Taj Mahal, one of the seven wonders of the world, is closed on Fridays for visitors and prayers are held at the mosque at the site’s premises.

“Now, we will allow only residents of Agra city to offer namaz at the mosque located inside the Taj Mahal complex,” Gaurav Dayal, Agra’s district magistrate said.

The initial orders by the administration followed on the heels of complaints that non-locals, including Bangladeshis and non-Indians were entering the monument at the pretext of offering prayers.

The order also said that people can offer prayers at other mosques, as reported by Zee News. The report also mentions a demand by a RSS-linked organisation to ban the Friday namaz at the historical monument.