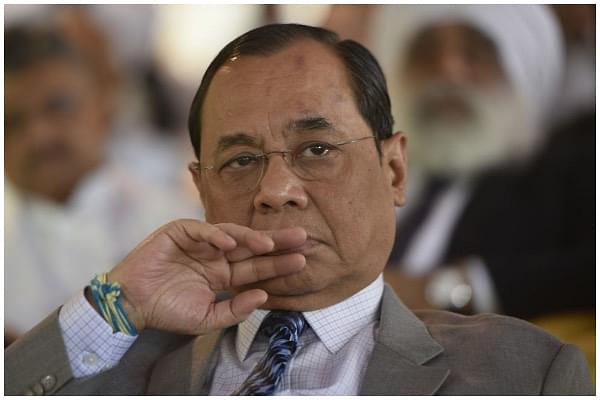 A Supreme Court (SC) bench consisting of Justices Arun Misra, R F Nariman and Deepak Gupta today passed an order for the initiation of an inquiry led by former SC judge Justice A K Patnaik into allegations of a conspiracy behind the accusations of sexual harassment against Chief Justice of India Ranjan Gogoi, reports Live Law.

The bench has asked the chiefs of CBI, Delhi Police and the Intelligence Bureau to aid Justice Patnaik’s inquiry. In its order, the SC also rejected Advocate Utsav Bains’s claim of privilege in the matter.

Bains had previously submitted an affidavit before the apex court seeking suo moto proceedings on the issue of a conspiracy of framing the CJI. The advocate claimed an SC fixer had offered to pay him Rs 1.5 crore towards that end.

"He(Bains) has given an affidavit in Court in a sealed cover. The same is taken on record. It is to be kept in a sealed cover in total confidentiality, as it contains highly sensitive information pertaining to the alleged conspiracy, according to him, to frame Hon'ble The Chief Justice of India into a case of sexual harassment. In that connection, he has stated to have met with certain persons at certain places,” the bench noted.

The affidavit also mentions that those former employees had planned to implicate the CJI after they were dismissed from their jobs. The advocate had specifically named Tapan Kumar Chakraborty and Manav Sharma.

Bains has been directed by the court to reveal all information with him regarding the matter to the team conducting the inquiry into the alleged conspiracy.

The bench also clarified that the in-house inquiry being conducted by Justices Bobde, Ramana and Indira Banerjee regarding the accusations against the CJI will not be affected by Justice Patnaik’s inquiry.