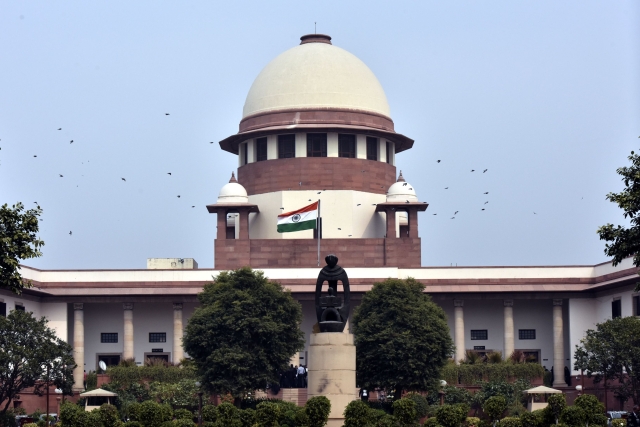 The Supreme Court has agreed to hear a petition by Shiv Sena-Congress-National Congress Party seeking a floor test within 24 hours to avoid horse-trading and "illegal manoeuvres" in Maharashtra at 11.30 am on Sunday (24 November).

The petitioners moved the apex court on Saturday evening seeking an urgent hearing following which the court authorities confirmed a hearing on the petition at 11.30 am on Sunday.

The petition sought quashing of Maharasthra Governor B S Koshyari's decision to invite BJP's Devendra Fadnavis to form the government on Saturday morning as unconstitutional, arbitrary, illegal, void-ab-initio and violative of Article 14 of the Constitution of India.

In a stunning political development, Governor Koshyari on Saturday morning administered the oath of office to Fadnavis as the new Chief Minister of Maharashtra and NCP leader Ajit Pawar as his deputy.

"The petitioners are praying for an immediate floor test within 24 hours so as to avoid further horse-trading and illegal manoeuvres to somehow cobble up a majority from the Maha Vikas Aghadi," said the petition.

Terming the Governor's decision as a "brazen action", the petition sought the apex court's direction to Koshyari to invite the alliance of Maha Vikas Aghadi comprising the Shiv Sena, the Congress and the NCP "which has the support of more than 144 MLAs to form the government under the leadership of Uddhav Thackeray".

The Sena insisted that the Governor has installed a minority BJP government which was illegal, unconstitutional and in violation of the well-settled law laid down by the top court.

It said its political alliance constitutes a clear majority in the House. "It is submitted that such manoeuvring, at the behest of the BJP through the Governor to suit their political agenda, actually amounts to a death knell on democracy which is a basic feature of our Constitution," said the petition.