Second Phase Of UDAN To Connect Over 100 More Towns, To Include Helicopter Services As Well 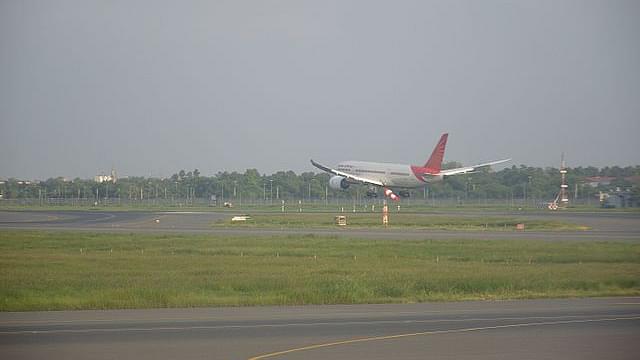 Airplane taking off from an airport runway (Biswarup Ganguly/Wikimedia Commons)

Among the towns and cities being included are Kargil in Jammu and Kashmir, Hubbali in Karnataka, Jalgaon and Nashik in Maharashtra while key airports in Himachal Pradesh, Assam, Arunachal Pradesh, Manipur and Uttarakhand will be linked with helicopter services, a first under UDAN.

The Centre has also offered a viability gap funding (VGF) of Rs 213 crore for the second phase. It had allocated Rs 620 crore in the last phase. VGF will be offered to operators who operate flights with half the seats priced at Rs 2,500 per hour, capped at 40 seats per plane.

Funds will be raised by levying a fee of Rs 5,000 on a flight that uses Airbus A-320 aircraft, according to R N Choubey, Secretary, Civil Aviation.

In a sharp contrast to the previous round, several airlines have expressed interest in operating services under UDAN without a VGF grant from the government. According to officials, IndiGo and SpiceJet had put up at least 20 such proposals.

Union Minister for Civil Aviation Ashok Gajapathi Raju said that UDAN was showing the desired results and that the scheme could soon become self-sustaining.