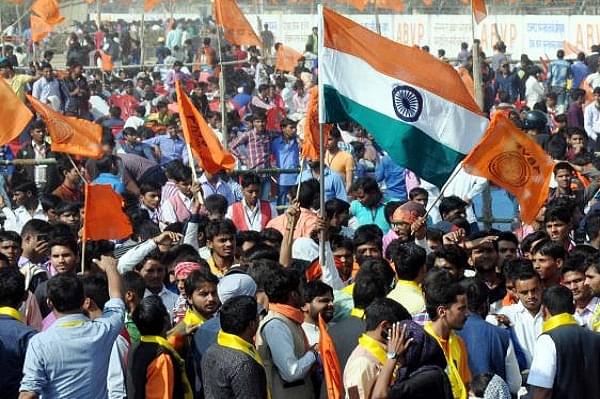 ABVP members at a rally

Following the success of the Bharatiya Janata Party (BJP) in massively increasing its Lok Sabha tally in West Bengal in the just concluded general elections, the Akhil Bharatiya Vidyarthi Parishad (ABVP) which is the student wing of the Rashtriya Swayamsevak Sangh (RSS), is planning to go on a rapid expansion drive across the state, reports The New Indian Express.

The student organisation wants to set up its units in 500 colleges and universities of West Bengal, and also targets increasing its membership in the state to 1.5 lakh in a month’s time period.

ABVP is also looking to launch a campaign to demand that colleges in the state hold elections to students’ unions.

“No students’ union election has been held for the past two years in colleges and universities across the state. The Trinamool cadres are showing high-handedness and manipulating the admission process in colleges. We will stage demonstrations and submit memorandums to college principals from July 2,’’ the group’s state secretary Saptarshi Sarkar said.

Another plan the organisation wants to pursue in West Bengal is to train 10,000 female students in martial arts skills for the purpose of self-defence.