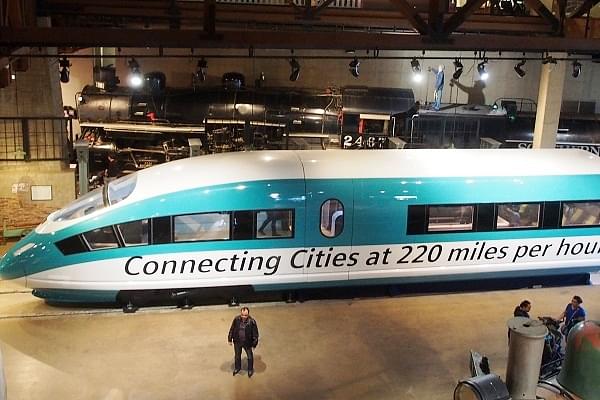 The plans to build a 225 km-long semi high-speed rail project between Ahmedabad and Rajkot, a dream project of Gujarat Chief Minister Vijay Rupani, got further boosted with the assurance of support from Union Railway Minister Ashwini Vaishnaw.

The semi high-speed rail project championed by CM Rupani will reduce the travel time between Ahmedabad and Rajkot to two hours. While Ahmedabad is the state's capital city, Rajkot is the principal city of the state's less developed Saurashtra region.

An official statement from the state government said that Western Railway has prepared and submitted the Detailed Project Report (DPR) to the Railway Ministry. The decision on this DPR is expected to be taken soon, reports The Indian Express.

Coupled with the bullet train project between Mumbai and Ahmedabad, the semi high-speed rail project would allow a person to visit Mumbai and reach back to Rajkot within a day.

The state government plans to complete the semi high-speed rail project on an elevated corridor with trains reaching a maximum speed of 220 kmph.

Once completed, this rail project caters to the needs of people in eleven districts of the Saurashtra region.