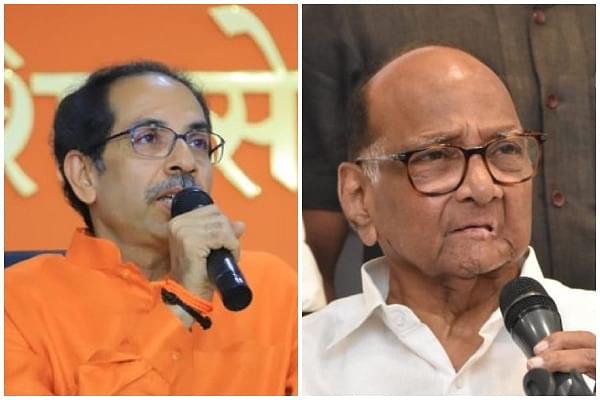 In a pre-emptive move to avoid another spell of President's Rule, the Shiv Sena-Nationalist Congress Party-Congress' proposed 'Maha Vikas Aghadi' on Monday (25 November) staked its claim to form the government in the state, a party office-bearer said.

"Delegations of the three parties with their respective leaders at Raj Bhavan to register our claim to form the government in the future as the present government in the state is definitely going to fall," Nationalist Congress Party (NCP) national spokesperson Nawab Malik told IANS.

On similar lines, Congress state spokesperson said that the state must not get President's Rule again and the вҖҳMaha Vikas AghadiвҖҷ should be given the chance to form the government.

Malik added that the delegations have submitted support letters of a total 160 MLAs of the three parties to the Governor's office.

Interestingly, the Bharatiya Janata Party has also claimed the support of over 170 MLAs on their side including its own 105, besides others from the NCP, independents and smaller parties.

The move came barely an hour before the Supreme Court hearing filed by the three parties on the circumstances leading to the swearing-in of BJP leader Devendra Fadnavis as Chief Minister and Ajit Pawar as Deputy CM early on Saturday by Governor B S Koshyari.