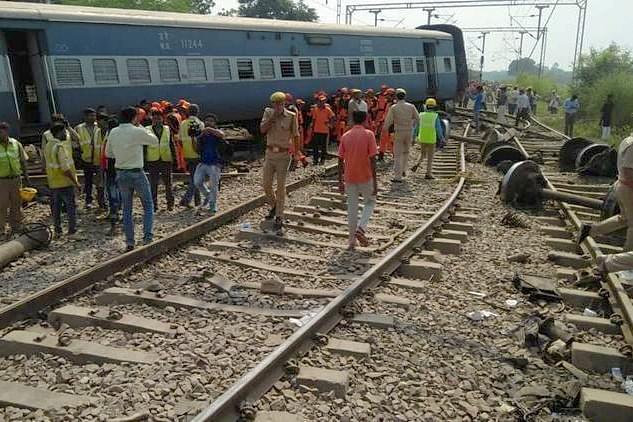 Seven passengers died and 45 others were injured when the Malda Town-Delhi New Farakka Express derailed in Rae Bareli in Uttar Pradesh today (10 October). The mishap happened at 6.05 am near Harchandpur railway station of the Northern zone, Financial Express has reported.

Railway officials have been directed by the Union Minister Piyush Goyal to undertake relief and rescue measures. The minister has also ordered an inquiry by the Commission of Railway Safety, Northern Circle.

The traffic movement on the route has been halted due to the accident and it could take 24-36 hours before the route can be cleared for traffic, DRM Northern Railways has said.

Routes of more than 13 trains have been diverted due to the accident.

The Railway Minister in a tweet has expressed his deepest sympathy to the families of the deceased and injured in the accident and has announced compensation to them.

The DRM also said that 27 passengers who were injured in the accident were admitted to the district hospital in Rae Bareli and arrangements been made by the Railways to ferry the injured.

Sanjeev Kumar, Team Commander NDRF, has said that there are no more victims were trapped in the train and those who are injured have been taken care of.