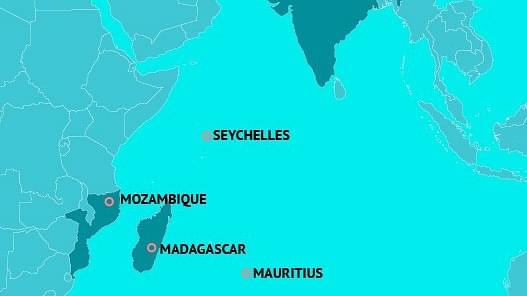 Seychelles in the Indian Ocean.

Days before his bilateral visit to India, Seychelles President Danny Faure has said that the country has decided to not move ahead with an Indian naval base on its Assumption Island, Tribune India has reported.

Speaking to the Seychelles News Agency, he said "In next year's budget, we will put funds for us to build a coastguard facility on the Assumption ourselves. It is important for us to ensure that we have a military post in this area.”

Faure is set to visit India on 26 June but the issue will not be discussed during the visit reportedly. He had earlier on 4 June said that Seychelles will develop military capabilities on Assumption Island on its own.

Seychelles politics had been on a boil since a highly classified document about the arrangement with India was leaked online in March. Opposition leaders had then demanded that the project be dropped citing sovereignty concerns, and that a base might affect the ecology of the region.

India had planned to pump in $550 million into the base which would have helped in ensuring safety of the several shipping routes in the area.

"Assumption is very close to the Mozambique Channel where much of the international trade is transiting, and not just for India but for other countries as well, and our interest is that our trading vessels are safe," Indian ambassador to Seychelles Ausaf Sayeed was quoted as saying by Firstpost.

Also Read: Seychelles Strategy: Why A Base On Assumption Island Is Crucial For Securing The Indian Ocean Region