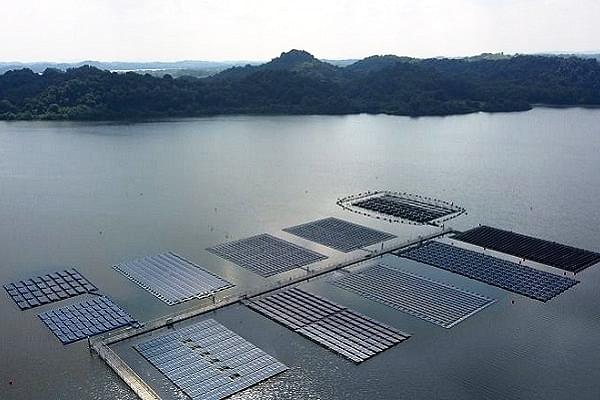 India will soon have its first large-scale floating solar power plant, with the Shapoorji Pallonji Group (SPG) being awarded the first block of 150 MW of such projects on the Rihand Dam, which is located along the Madhya Pradesh-Uttar Pradesh border, reports The Economic Times.

The Rihand Dam is India’s largest reservoir by volume and the country’s largest artificial lake.

The SPG group made a bid of Rs 3.29 per kilo-watt with the upper ceiling of Rs 3.32 per kilo-watt thereby winning the auction for 50 MW, organised by the Solar Energy Corporation of India (SECI), Renewables Now has reported.

The floating plant had first been proposed two years ago, but a tender had not been brought forward at that time due to high tariffs of solar power, ranging at Rs 7-8 per unit.

Now the tariffs have dropped dramatically with improvements in solar panel technology, with the average tariff in Uttar Pradesh, in whose Sonbhadra district the project will come up, having fallen to Rs 3 per unit at ground-mounted solar projects.

The floating plant will not face the usual problems of conventional solar plants, such as large-scale land acquisition and building lengthy transmission infrastructure. It will be able to utilise the existing transmission lines used by the Hydropower station at the Rihand dam.

“Floating solar is a well-established model worldwide,” stated Vinay Rustagi, managing director at solar consultancy firm Bridge to India, commending the decision to go ahead with the plans at such a large scale.