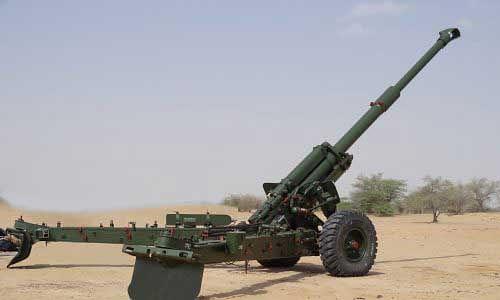 As part of the Modi government’s ‘Make in India’ initiative, an indigenously-designed towed 155 mm/45 calibre tower artillery gun named ‘Sharang’ is all set to be supplied to the Indian Army from Field Gun Factory and Ordnance Factory, Kanpur, reports Times of India.

Sharang will bolster the army’s combat abilities along the lines of the Soltam guns produced by Israel. The weapon has been upgraded successfully from its previous specification of 130 mm to 155 mm.

“The upgrade, involving the changing of barrel, would mean an increase in the range of the field gun from 27 km to 38 km,” said general manager, Field Gun Factory, Shailendra Nath. He added that the field gun was a 100 per cent indigenous weapon.

Sharang had clinched the winning bid at a procurement drive of the central government. Subsequently, the field weapon was tested at a DRDO facility in Balasore on 17 January 2019 called The Proof and Experimental Establishment.