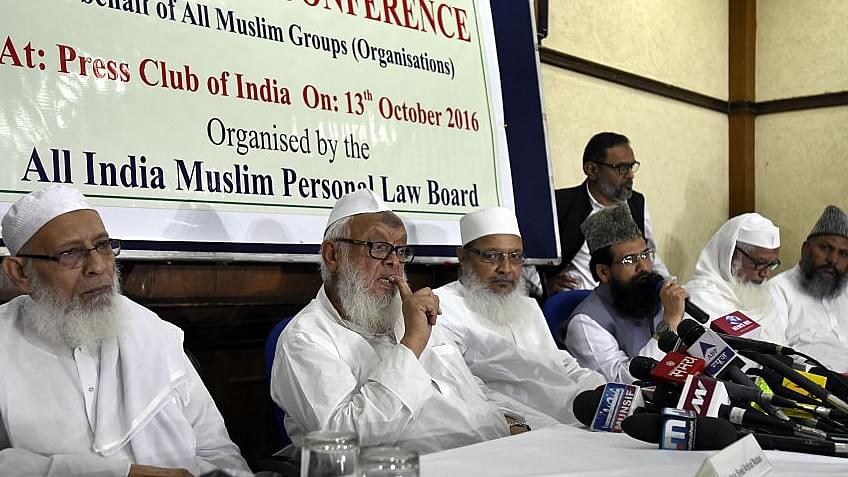 The All India Muslim Personal Law Board (AIMPLB)‘s decision to set up Shariat Courts in all districts of the country has been slammed by the chairman of the Shia Wakf Board, Wasim Rizvi, ANI has reported.

"We have a Constitution in place and a functioning law and order. The country follows the Constitution, not a Shariat court. AIMPLB is trying to ruin the harmony in India by creating a Kashmir-like situation everywhere. If this is implemented, we want the AIMPLB to be banned and strict action to be taken," Rizvi told ANI.

The AIMPLB, on the other hand, has argued that the practice started in 1993. AIMPLB’s Zafaryab Jilani has told ANI that Shariat courts would not be seen as parallel courts.

"We don't call it Shariat court. It's Darul Qaza, where Qazi solves matrimonial disputes or suggests ways for separations if issues aren't solved. This will only help people, especially women, to seek justice. We discuss this in all our meetings, and will once again take it up in our next meeting on July 15. The Muslim Personal Law Board started it (Darul Qaza) in India in 1993. This is nothing new," he said.

Union Minister for Law and Justice P P Chaudhury has stated that all courts in India have to be established by law and any verdict delivered by illegal courts would be against the constitution.