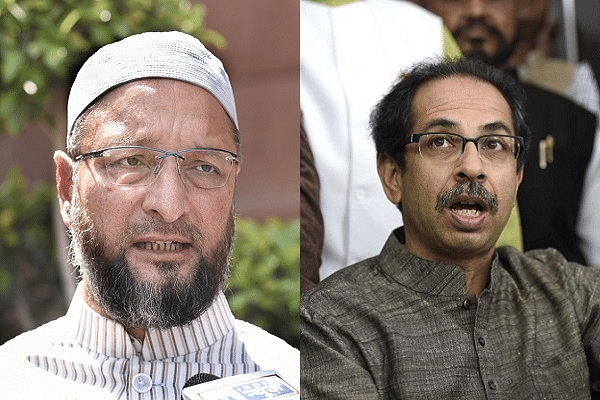 The Uddhav Thackeray led Shiv Sena has entered into an alliance with Asaduddin Owaisi led AIMIM for the Standing Committee President polls in the Amravati Municipal Corporation, TV9 Marathi has reported.

The report says that this unlikely alliance has resulted in heavy criticism from the BJP.

Both the Shiv Sena and the AIMIM have been staunch rivals in the past, and such a position still appears to be consistent in their state and national level politics.

In 2019 after the Shiv Sena announced an alliance with Congress and NCP, in Maharashtra, Owaisi had mocked the parties by saying that "let them perform Nikah (marriage) first". He had also refused to support the alliance.

The current alliance between the Shiv Sena and AIMIM in Amravati is bound to raise eyebrows considering the Uddhav Thackeray led party was until recently considered a Hindu Nationalist party which had criticised AIMIM on multiple occasions.

The Shiv Sena though severed ties with its long term ally the BJP and has since then been said to have "turned secular". It has famously expressed dissent on key issues like the Citizenship Amendment Act (CAA).