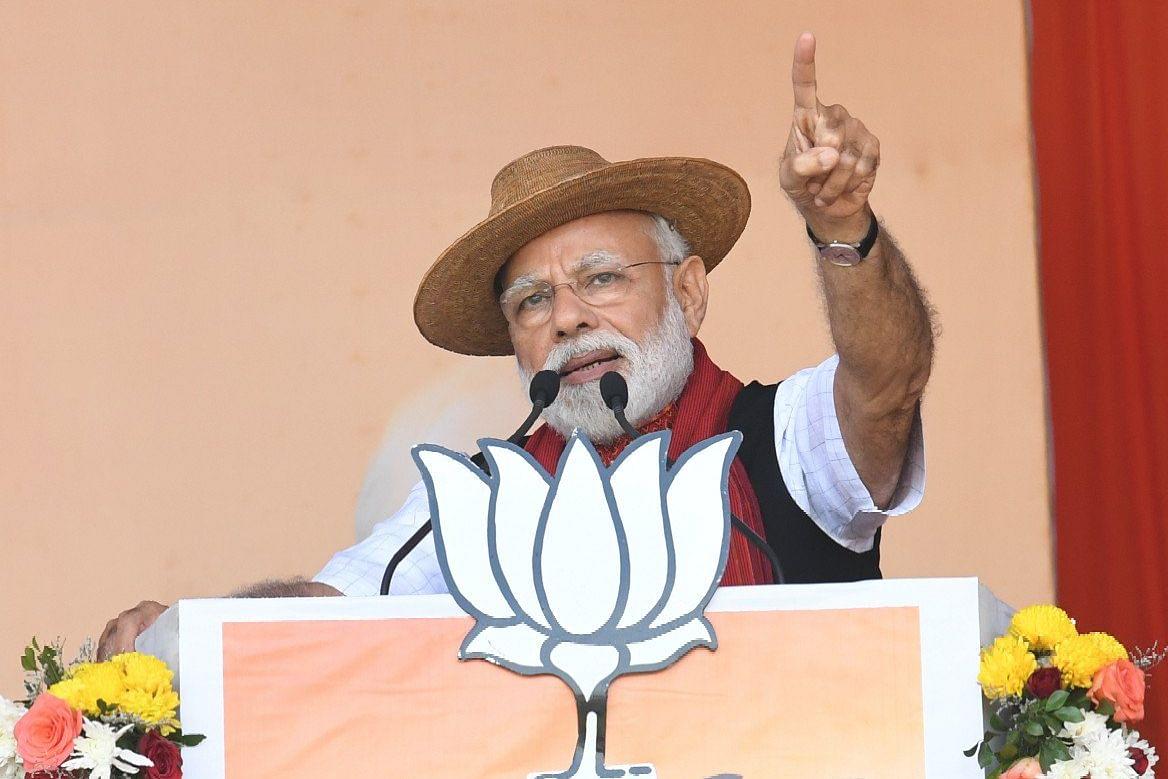 Taking a dig at the Congress manifesto for the upcoming general elections, Prime Minister Narendra Modi said that promises such as Nyuntam Aay Yojana (NYAY), or minimum income scheme, are shortcuts and that the grand old party has failed on all the promises throughout, reports Business Standard.

The Prime Minister, during an interview to a Hindi news channel, said, “On railway lines, it is written short cut will cut you short. That is what they are doing. NYAY is a shortcut. They failed on all promises throughout”.

Disapproving the grand old party’s stand on scrapping the Armed Forces Special Powers Act (AFSPA) , the Prime Minister said, “We want a country where an AFSPA is not needed. But first, let's reach that stage... The Indian forces contribute to huge numbers in peacekeeping forces and behave very professionally, but doing away with AFSPA is not possible, not unless the situation is better”.

The PM strongly backed the sedition law, and said that criminals should be dealt with full force of law.

Speaking on the Ram Mandir issue, Modi said that his party considers the Constitution supreme and is waiting for the verdict. He said like everyone, he too wants the temple.

On the issue of Pakistan, the Prime Minister said, "Leaders across the globe fail to understand who runs Pakistan. Is it ISI (Inter Services Intelligence), the chosen govt or Pakistanis in asylum? If Pakistan stops exporting terror, we can work with them".