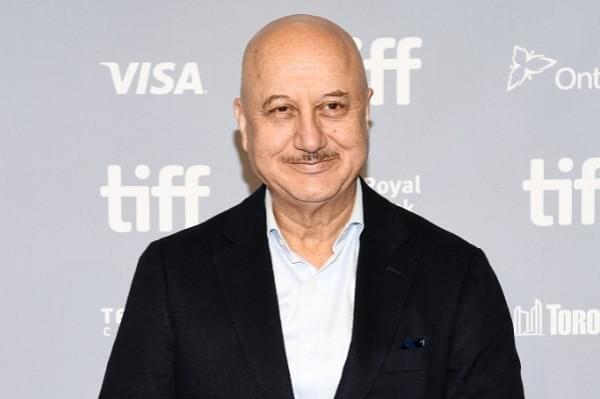 Indian actor Anupam Kher has resigned as the chairman of the Film and Television Institute of India (FTII), reports Economic Times. In a Twitter message, he informed his followers that his "commitment to international TV shows" was the reason for him stepping down.

It has been an honour, a privilege & a great learning experience to be the Chairman of the prestigious @FTIIOfficial. But because of my international assignments I wonât have much time to devote at the institute. Hence decided to send my resignation. Thank you. ð @Ra_THORe pic.twitter.com/lglcREeYM2

Kher sent his resignation letter to Rajyavardhan Rathore the Information and Broadcasting Minister. He posted a copy of the message on Twitter alongside which he said it was his honour, privilege and had a great learning experience during his year long stint as FTII chairman.

In the letter, he has said that he will be in the US for almost nine months till 2022.

The veteran actor is currently shooting for the role of a neurosurgeon in the upcoming American TV show 'New Amsterdam', being shot in New York. He will star alongside Ryan Eggold, Janet Montgomery, Jocko Sims and Tyler Labine.

He will also be starring in the role of former prime minister Manmohan Singh in the movie - 'The Accidental Prime Minister', which is based on Sanjay Baru's 2014 book giving Baru's take on the events that took place during Manmohan Singh’s term as the PM.

He was appointed as the FTII Chairman on 11 October last year, succeeding Gajendra Chauhan.