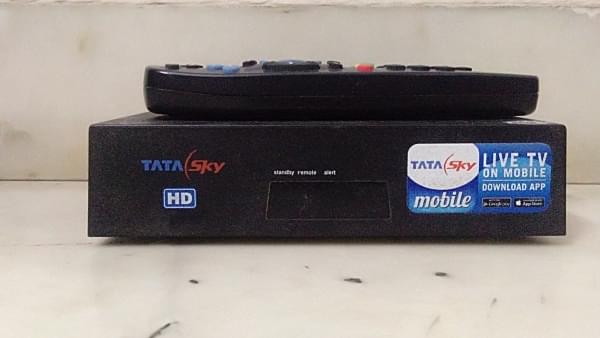 A division bench of the Delhi High Court comprising of Chief Justice Rajendra Menon and Justice A J Bhambani has passed an interim order directing officials from the Ministry of Consumer Affairs to release close to all the set-top-boxes (STB) five which had been previously seized for not have the maximum retail price (MRP) on display, reports The New Indian Express. The ministry has been allowed to retain five STBs in order to carry out its investigation.

In the order, the bench noted that the government’s decision appeared to be ‘prima facie arbitrary’ and had caused not only a financial loss to the company, but had also impacted customers who had not been able to procure the new STBs.

The matter will next be heard on 27 July.

Tata Sky has challenged the seizure of its merchandise and has sought the quashing of Rule 4 of the Legal Metrology Rules which mandates displaying the MRP on STBs, saying that such a rule in constitutionally invalid.

The company’s petition also seeks the quashing of the 9 August circular which applied the rule to STBs.

Also, another contention raised by the petitioner is that it is not required to display the MRP on STBs since the product falls within the definition of ‘industrial-consumer’ as per the Legal Metrology (Packaged Commodities) Rules 2011.

Tata Sky says that as the STBs were not meant for sale, they could not have been required to carry the MRP.