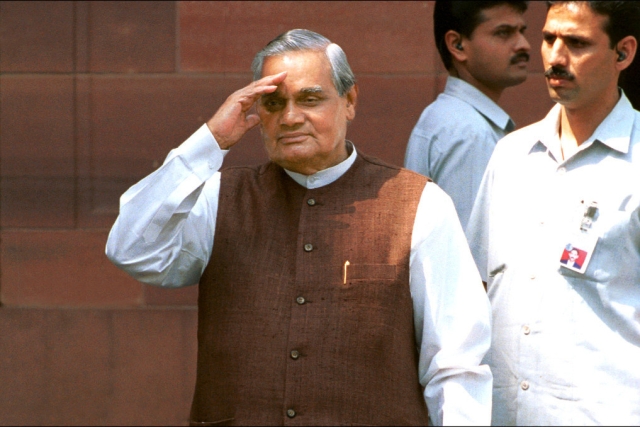 "It is with profound grief that we inform about the sad demise of former prime minister of India Shri Atal Bihari Vajpayee at 5.05 pm. Despite the best of efforts, we have lost him today," the hospital said in its statement.

In its health bulletin on 15 August, the hospital had said that the former prime minister was critical and had been put on life support.

The 93-year-old, who served as India's 10th prime minister, was admitted to the hospital on June 11 with chest congestion and urinary tract infection, and had been undergoing treatment since then. When he was admitted to the hospital, doctors had described the visit as a routine check-up. Vajpayee had diabetes and had only one functional kidney. He suffered a stroke in the year 2009. It weakened his cognitive abilities, and he subsequently developed dementia.

Elected prime minister thrice between 1996 and 1999, Vajpayee was the only non-Congress prime minister to complete the full term of five years. At the end of his term in 2004, India's gross domestic product growth was inching towards double digits, inflation was under control and ‘India was shining’.