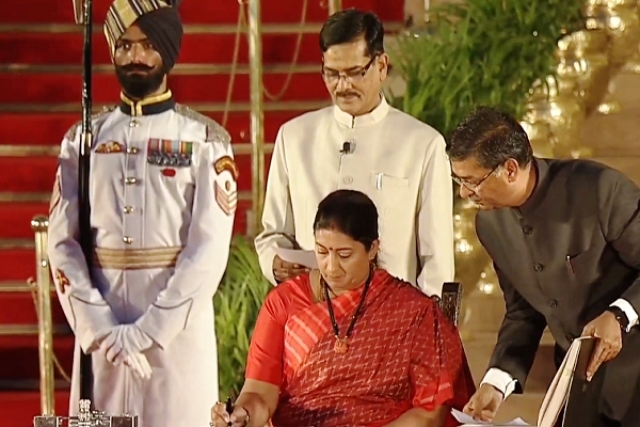 Senior BJP leader and Lok Sabha MP Smriti Irani has taken oath as a Cabinet minister at the swearing-in ceremony of the new government under Prime Minister Narendra Modi at the Rashtrapati Bhavan today (30 May).

She has recently garnered a lot of spotlight after defeating Congress president Rahul Gandhi from his family stronghold of Amethi in the recently-concluded Lok Sabha polls.