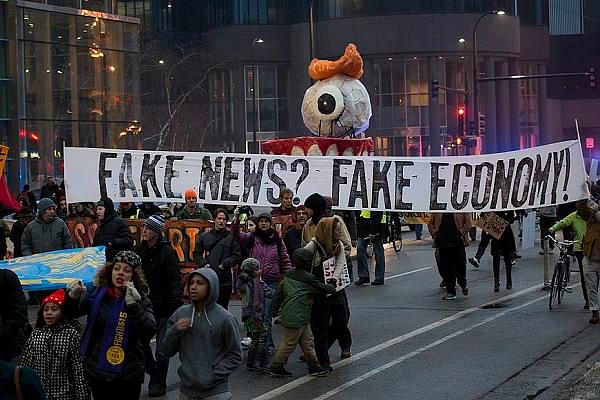 A new study from the Massachusetts Institute of Technology (MIT) has come to the conclusion that relying on public opinion surveys could be an effective way to vet the authenticity of political stories in order to tackle the rising problem of fake news and other types of misinformation online, reports Deccan Chronicle.

The past few years have seen the vast spread of the problem of fake news stories on the web, especially through social media platforms such as Facebook, which has faced intense criticism for not stopping the spread of dubious information.

Facebook’s January 2018 plan to allow users to rate the quality of news sources from the internet was also met with pushback.

However, this new study gives a certain degree of credence to the crowdsourcing approach Facebook has tried experimenting with.

"What we found is that, while there are real disagreements among Democrats and Republicans concerning mainstream news outlets, basically everybody -- Democrats, Republicans, and professional fact-checkers -- agree that the fake and hyperpartisan sites are not to be trusted," said an MIT scholar David Rand has stated.

The study is based on responses of two online surveys in each of which approximately 1,000 people participated. Although Democrats were found to be trusting of mainstream media outlets compared to Republics, the authors of the study discovered that both the camps were alike in their disregard for news stories from certain ‘hyperpartisan’ political websites which were not well known.

The authors believe that this crowdsourcing approach would be particularly useful in weeding out false stories coming from fringe or marginal sources, but caution that such a system may not work as well if a social media seeks to use it to create consensus on reliable sources of news.