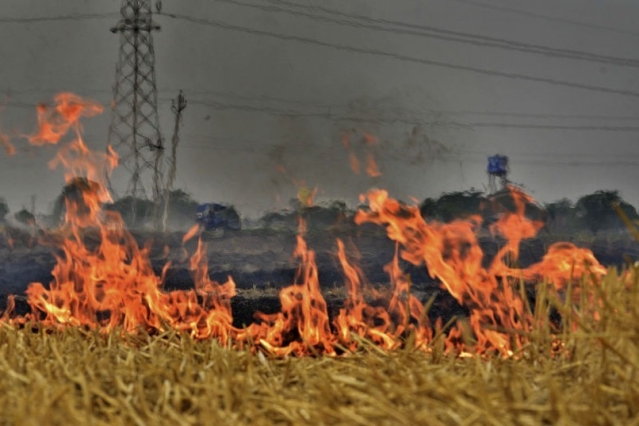 Farmers burning stubble in wheat fields on the outskirts of Ludhiana. (Gurpreet Singh/Hindustan Times via GettyImages)

Initial results of the trials conducted by the Indian Council of Agricultural Research (ICAR) regarding the effectiveness of a microbial consortium have suggested that if used on the paddy stubble, it can decompose within 25 days, Hindustan Times reports.

Trilochan Mohapatra the director-general (DG) of ICAR, while speaking to Hindustan Times, he explained, “There is no requirement for any manual intervention to pick up the stubble after 25 days. A microbial solution can help decompose paddy stubble within 25 days, but trials are still in progress.”

14,000 hectares of paddy farmland in the states of Uttar Pradesh (UP), Delhi, Punjab and Haryana are undergoing these trials. “We had been working on the microbial consortium for a couple of years after the happy seeder, which is used for straw management, was introduced. Last year, the concept was tried out in UP, where it had worked,” Mohapatra mentioned.

Stubble burning is considered one of the biggest contributors to rising pollution levels in Delhi NCR and nearby regions during the winter months.