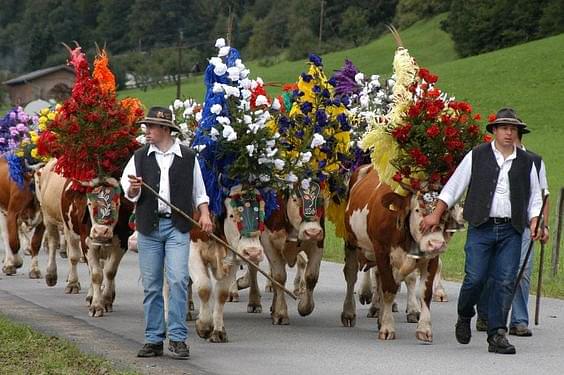 Cowbells are of high sentimental value to farmers. So, when cowbells went missing is Austrian grazing pastures, police had to press into action.

Austrian police, as reported by Hindustan Times (report sourced from AFP), are investigating three cowbell thefts - worth a total of around 500 euros ($550). The three thefts account for 10 missing cowbells. "They suspect the thieves in at least the last two cases were the same," the report says.

Why would someone steal cow bells? Well, for their price, to begin with. Cow bells also make for great mementos for tourists, musicians and visitors to the Alpine countries.

Cowbells are the sound of the green and gorgeous pastures in the Alpine countries. Though their use might sound kind of mundane, their emotional value for farmers to whom these cows and cowbells belong, and for cow lovers, are understood to be high.

Currently, the Austrian police, as other reports suggest, are quite "stumped" by the theft and the thieves.