‘Someone So Clueless, Shrouded In Darkness Is Named Prakash’: Anand Ranganathan Takes Prakash Raj To Cleaners Over JNU 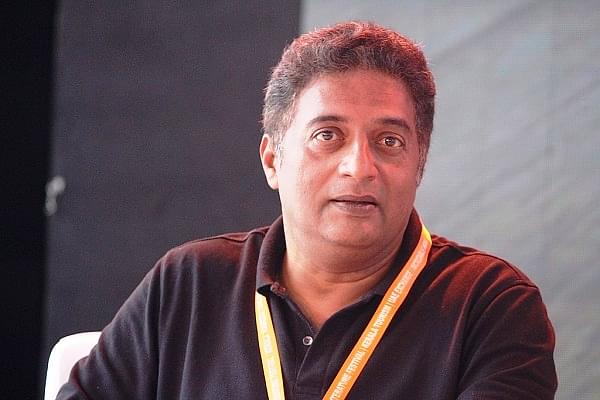 Actor-activist-politician Prakash Raj was on Wednesday (8 January) taken to the cleaners by author and columnist Anand Ranganathan during a debate on JNU violence hosted by Times Now.

While countering the arguments made by Prakash Raj in solidarity with Deepika Padukone over her support for leftist students, Ranganathan sharply stated that, “I have to say with due respect to someone who is so clueless and shrouded in darkness, is named Prakash”.

While taking on Padukone’s JNU visit, Ranganathan agreed that she is free to do so but it is seen as a problem when those expressing solidarity are selective by only condemning “one kind of violence” or supporting “one type of victim”.

“Prakash Raj knows this only too well, he has a PHD in selectivity”, added Ranganathan.

Prakash Raj though decided to interrupt after accusing Ranganathan of calling him names and received a sarcastic retort from the latter asking if the actor had quit politics. It may be recalled that Prakash Raj had badly lost during the Lok Sabha polls.