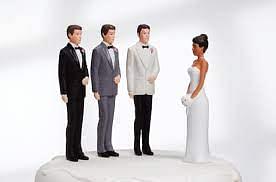 South Africa’s home department has put forth a green paper proposing to permit women to have multiple husbands. The green paper was drawn out in April and has been open for comments right from May to 30th June. However, the said document has invited criticism from the conservative section of the country’s society.

The government maintains that the document was prepared on the backdrop of comprehensive consultations with religious and traditional leaders along with human rights activists. Apparently, the activists claim that legal recognition for polyandry is a demand of the right to equality.

The document from the government argues that the legislation that regulates marriages in the country isn’t based on the constitutional provisions of the country. It adds that the law at the time being has some legacy issues.

“The purpose of the marriage policy is to establish a policy foundation for regulating the marriages of all persons that reside in SA,” the document reads as per a report by the Hindustan Times.

It adds, “The envisaged marriage statute will enable South Africans and residents of all sexual orientations, religious and cultural persuasions to conclude legal marriages that will accord with the principles of equality, non-discrimination, human dignity and unity in diversity, as encapsulated in the Constitution.”