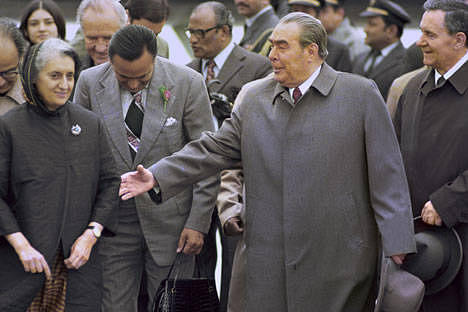 Recently declassified Central Investigation Agency (CIA) documents, that remained classified for a mandatory period of 25 years, have revealed that the Soviet Union (USSR) supplied cash to leaders of Congress in the 1970s and 1980s. The Congress remained in power for most of this period, under former prime minister Indira Gandhi, and the funds could have been siphoned off to buy influence in New Delhi. In 2005, a book by former KGB operative Vasili Mitrokhin made a similar assertion.

“As many as 40% Congress MPs in Mrs Gandhi’s last government had received Soviet political contributions,” the CIA documents read. The documents, which are a part of a 1985 CIA report titled The Soviets in India, adds that “the Soviet embassy maintains a large reserve of rupees for various uses — including clandestine payments to Congress politicians.”

Mitrokhin’s book, backed by thousands of classified KGB documents that he smuggled out of the Soviet Union, says that money was sent to Gandhi in briefcases. He says in the book that the secretive communist nation funded election campaigns of five union ministers in the 1970s, including Defence Minister V K Krishna Menon.

The CIA documents reveal that USSR arranged kickbacks for Congress leaders through Indian businessmen. Among other astonishing revelations, the CIA say that the communist parties in India, including CPI and CPM, were among the major beneficiaries of this funding. “Soviet funding reaches the two Communist parties, the CPI and CPM through a combination of kickback schemes, normal business transactions and direct cash payments,” the report reads.