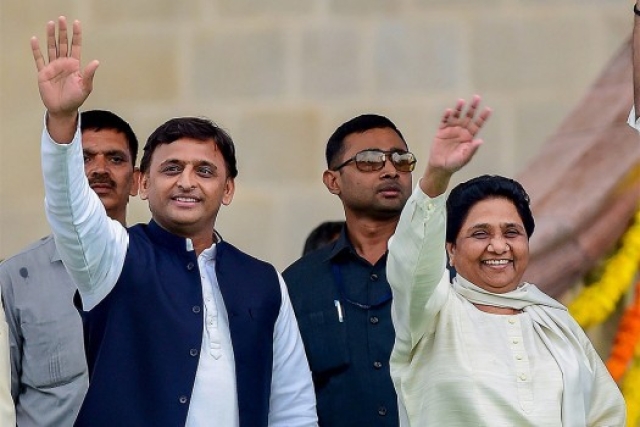 Revealing the plan for joint election campaign for upcoming Lok Sabha polls, the Uttar Pradesh (UP) Mahagathbandhan announced that the SP-BSP-RLD alliance will start from Deoband in Saharanpur, reports The New Indian Express.

The western UP seats will go to polls in the first three phases of starting from 11 April 18 and 23.

UP chief minister and Bharatiya Janata Party leader Yogi Adityanath responded to the Mahagathbandhan announcement, calling it as reflective of its orientation and priorities, while speaking at an event in Lucknow, reports Times of India.

Deoband houses Asia’s largest Islamic seminary. The Darul Uloom Deoband, founded in 1866, is an Islamic school in Saharanpur where the Deobandi Islamic movement began. The school has been a centre of controversy due to fatwas by its scholars banning photography as un-Islamic, forbidding women to work together with men in public offices, and against Salman Rushdie. In 2007, Andrew Norfolk of The Times called Deobandis a "hardline islamic sect" expressing concern over their rising influence in the British mosques.

In response to the SP-BSP-RLD alliance’s campaign in Saharanpur, Yogi Adityanath has decided to start his electoral campaign from the same city, choosing the famous temple of Shakumbhari Devi.