Spending It Right: Education Funding Rises To 4.6 Per Cent Of GDP Since 2014; 6 Per Cent Target Next, Says Javadekar 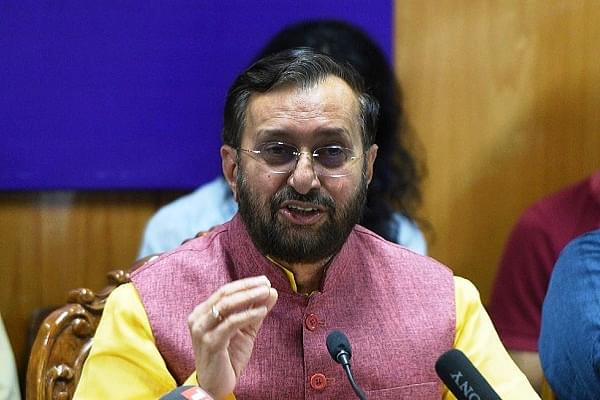 During the Modi government’s tenure, expenditure on education has gone up from 3.8 per cent of Gross Domestic Product (GDP) in 2014 to 4.6 per cent so far. Taking it to 6 per cent is the priority, said Union Human Resources Development (HRD) Minister Prakash Javadekar, reports Indian Express.

The HRD Minister, while speaking at a convocation in DY Patil University in Navi Mumbai, also said that the infrastructure for education too was being expanded and reformed.

“It is our priority that 6 per cent of GDP should be allotted to education…While total expenditure by central and state governments on education was 3.8 per cent of GDP in 2014, it has increased to 4.6 per cent now. This indicates that we are progressing towards 6 per cent,” Javadekar was quoted in the report as saying.

He said that 32 educational channels have been launched while free coaching for IIT Joint Entrance Exam is being offered through IIT-PAL (Professor Assisted Learning).