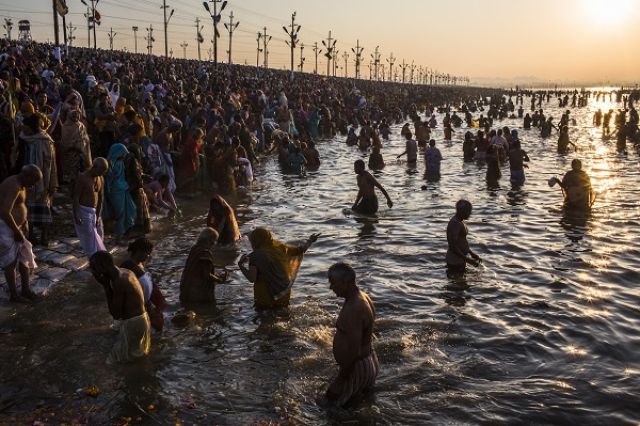 A Confederation of Indian Industry (CII) report has stated that Prayagraj Kumbh Mela - 2019 is expected to generate employment for six lakh workers and revenues of Rs 1.2 lakh crore.

“The ‘mela’ is expected to generate a revenue of INR 1,200 billion for Uttar Pradesh, the state where it is being held. Other states like Rajasthan, Uttarkhand, Punjab and Himachal Pradesh will also benefit from the enhanced revenue generation with a large number of national and foreign tourists expected to explore other destinations,” said the report.

The mega event, which is being held between 15 January and 4 March 2019, is the largest religious gathering in the world. Millions of devotees are expected to make the pilgrimage to the ‘temporary’ city to take a dip in the holy waters where the mythical Saraswati, Ganga and Yamuna meet.

“Although the Kumbh Mela is spiritual and religious in nature, the economic activities associated with it generate employment for over 6 lakh workers across various sectors. The hospitality sector aims at employing 250,000 people, airlines and airports around 150,000 and tour operators around 45,000. The employment numbers in eco-tourism and medical tourism are being estimated at 85,000.

Apart from this, there will be around 55,000 new jobs in the unorganised sector comprising of tour guides, taxi drivers, interpreters, volunteers etc. This will lead to increase in income levels for government agencies and individual traders,” the report added.

The government has also developed an area of 3,200 hectares for the Kumbh, which is almost twice the area reserved for the previous iterations of the event. Over 250 km of roads and 22 pontoon bridges have been constructed to facilitate better traffic movement.