Spoilt For Choice: IIM Calcutta Places All Its Students In Two Days, Many With Multiple Offers 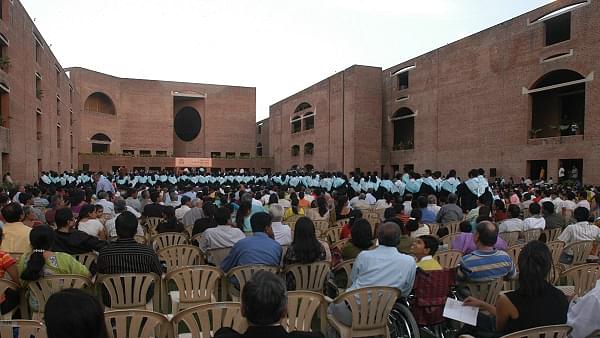 Indian Institute of Management Calcutta (IIM-C) has stated that all of its students were offered jobs within two days and that the average salary stood at Rs 24.96 lakh per annum, reports Mint.

“The placements closed by Day 1 Afternoon which corresponds to the second day of making offers in the placement week,” the IIM said.

Several students of the premier management institute received more than one offer and a total of 123 companies made 501 offers to the students. Out of the 441 students who sought placement, while 29 per cent accepted offers in Consulting, 21 per cent in finance sectors.

Consulting firms like AT Kearney, Bain & Co., BCG and McKinsey & Co made offers in double digits at IIM-C. Accenture was the largest recruiter with 24 offers.

Placement drive is underway at both IIM Ahmedabad and IIM Bangalore. On the other hand, XLRI Jamshedpur completed its placement process in two days, with 358 students bagging jobs.

Also, all 460 students of the thirty-third batch of the Indian Institute of Management Lucknow (IIM-L) found jobs within three days in the recently concluded campus recruitment drive at the institute.

But ISB Leads The Rankings

While ISB improved its rank from 28 to 24 in 2018, IIM Ahmedabad’s rank declined 16 points to 47. The only other two Indian B-schools that featured in the list were IIM Calcutta and IIM Bangalore.