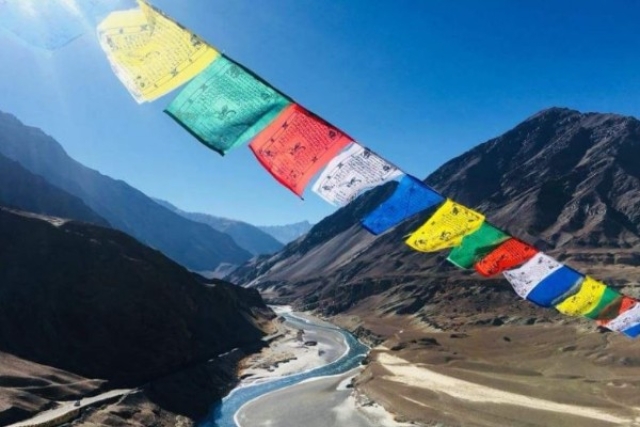 Top Buddhist leaders from Sri Lanka have hailed India’s decision to proclaim Ladakh as a separate Union Territory by bifurcating the erstwhile Jammu and Kashmir state, Times of India has reported.

The Mahanayake Theras of the Malwatte and Asgiriya Chapters of the Siyam Nikaya on Thursday (8 August) issued statements hailing the move by India. The two are among the most revered Buddhist orders in Sri Lanka.

“India, which had a pluralistic society, has safeguarded harmony and reconciliation in a salutary manner and its decision to proclaim Ladakh with a 70 percent Buddhist population as a separate state was a cause for happiness and pride to Sri Lanka, which is a Buddhist country”, said Tibbatuwawe Sri Siddhartha Sumangala Maha Nayake Thera of the Malwatte Chapter.

The other statement lauded the action by India saying that it will prove to be a boon for Buddhists from all over the world as pilgrimage to Ladakh is set to get easier.

The Sri Lankan Prime Minister had also conveyed a similar message after the decision by the Indian government.

I understand Ladakh will finally become a Union Territory. With over 70% Buddhist it will be the first Indian state with a Buddhist majority. The creation of Ladakh and the consequential restructuring are India's internal matters. I have visited Ladakh and it is worth a visit.

India, in a historic decision, had decided to revoke the special state status for J&K and decided to bifurcate the state into a 2 Union Territories. The UT of Ladakh will be ruled directly by the Centre making the implementation of central tourism development schemes easier.