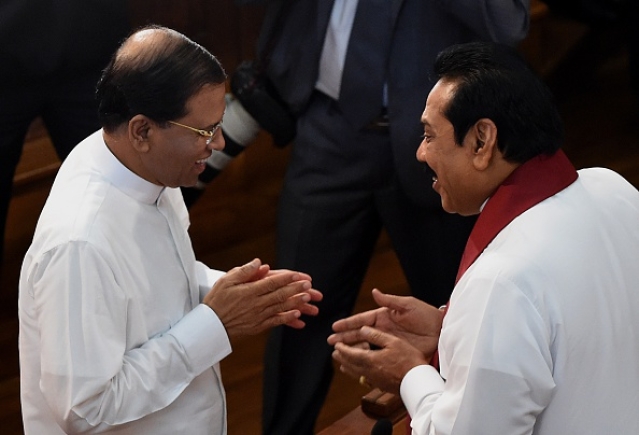 In what could deepen the political crisis in the island nation of Sri Lanka, President Maithripala Sirisena has dissolved the parliament of the country after failing to garner support for his prime ministerial candidate and called for an election in January, The New Indian Express has reported.

Earlier, Sirisena had sacked Ranil Wickremesinghe from the country’s top post and named Mahinda Rajapakse as his successor.

However, the President’s party, United People's Freedom Alliance (UPFA), was unable to garner support for Rajapakse and acknowledged that Rajapakse was eight MPs short of a majority following which Sirisena on Friday (9 November) signed an order dismissing the 225 member assembly and scheduled elections for parliament on 5 January 2019.

United National Party (UNP), the party of the ousted prime minister Wickremesinghe, has said that it will challenge the dissolution of the legislature by the President.

UNP said in a statement on Twitter, “We vehemently reject the President's dissolution of Parliament. He has robbed the people of their rights and the democracy that we have enjoyed.”

"This dissolution by the President is illegal and goes against the constitution, we will be fighting this to ensure that democracy reigns supreme in the country," the statement read further.