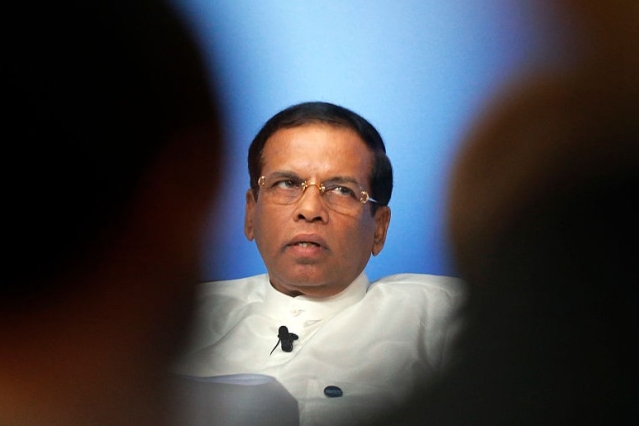 The Supreme Court of Sri Lanka, on Tuesday (13 November), delivered a major blow to President Maithripala Sirisena when it overturned his decision to dissolve parliament and ordered a halt on the preparations for the 5 January snap elections, The New Indian Express has reported.

The bench of three justices headed by Chief Justice Nalin Perera gave its ruling after deliberating for two days on various petitions filed for and against Sirisena’s decision to dissolve the country’s parliament.

Earlier, Sirisena had dissolved the parliament on 9 November after his party was unable to garner support of the parliamentarians to install Mahinda Rajapaksa as the new Prime Minister following the president’s decision on 26 October to sack Ranil Wickremsinghe as Prime Minister.

As per Opposition party officials, who were attending the hearing, the apex court ruled that all petitions filed against Sirisena’s decision will be heard on 4, 5 and 6 December.

Among those who dragged Sirisena to the court were major political parties and Ratnajeevan Hoole, a member of the election commission.

After dissolving the 225-member parliament, Sirisena had ordered a snap election on 5 January.

On Sunday (11 November), Sirisena, defending his move, had said that the decision was taken to prevent clashes among rival lawmakers. There were reports that politicians would clash during the floor test due on 14 November, he said.

In the hearing, Attorney General Jayantha Jayasuriya, representing the state, defended the President’s decision saying that the dissolution of parliament was done in accordance with the Sri Lankan Constitution.