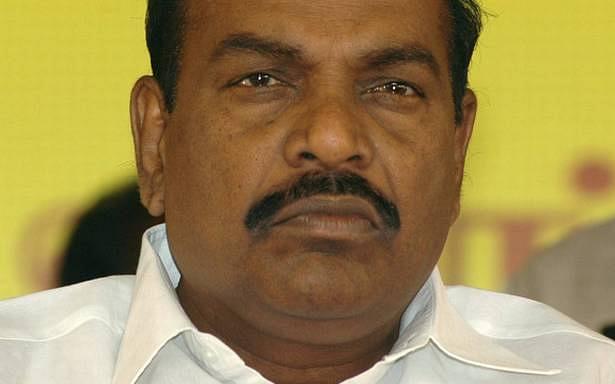 A Singapore-based company held by the family members of former Union Minister of State and a top DMK leader S Jagathrakshakan will be part of the largest foreign investment project in Sri Lanka, The Hindu reported.

On Tuesday (19 March), Sri Lankan officials announced that Oman oil ministry and Silver Park International PTE Ltd - a Singapore investment vehicle owned by India's Accord Group had agreed to build a $3.9 billion, 200,000 barrel per day oil refinery next to the Chinese-controlled Hambantota port.

Nalin Bandara, Sri Lanka’s Deputy Minister of international trade, also said that the deal will be the largest foreign investment ever for the Indian Ocean island nation. He added that the construction will begin next week and the refinery is expected to be up and running in 2023.

200,000 barrels of oil per day produced by the refinery will be mainly used for export. Sri Lankan companies can place orders for refined products and sell them to local consumers.

Under the project, a refinery and a tank farm will be built on 237 hectares (585 acres) of land lying about 235 kilometers (146 miles) south of Colombo, near the Hambantota port.

Chinese-built Hambantota port, named after former Sri Lankan President Mahinda Rajpakse, is believed to be a part of Beijing’s so-called string-of-pearls plan for a line of ports stretching from Chinese waters to the Persian Gulf. The strategy is aimed at weakening India’s maritime advantage.

According to The Hindu report, Jagathrakshakan controlled Singapore company, Silver Park International Pte Ltd will be the primary investor bringing in 70 per cent of the share capital — a total of $1.89 Billion — in the project running into billions of dollars. The remaining, nearly $2 Billion is to be raised as loan capital.

The Hindu report pointed out that three of the four directors in Silver Park International, which is registered with Singapore’s national regulator Accounting and Corporate Regulatory Authority (ACRA), are Jegath Rakshagan Sundeep Anand, Jagathrakshakan Sri Nisha and Jagathrakshakan Anusuya. They are the son, daughter and wife of Jagathrakshakan.

Quickly swinging in to damage control mode, the country’s chief promotion agency Board of Investment of Sri Lanka (BOI) in a statement said no agreement has been signed between Oman's Ministry of Oil and Gas and the investor Silver Park International PTE Ltd with regard to equity arrangements for the project. However, Silver Park International PTE Ltd has conveyed their full confidence in implementing the project.

"We refer to the recent Reuters news report with regard to the above project. We are aware that there is no agreement that has been signed between Oman's Ministry of Oil and Gas and Silver Park International PTE Ltd with regard to equity arrangements of the project. "

"However, we are aware that Oman Oil Company has registered their firm intention to participate in equity up to 30 per cent, subject to reaching agreement between the parties. Furthermore, we are aware that Oman Trading International is willing to supply the entire feedstock requirement of the project as well as do the marketing for the products, upon reaching mutually agreed terms. The investor - Silver Park International PTE Ltd - has conveyed to the Board of Investment their full confidence in implementing the project." the BoI statement said.

Jagathrakshakan is the DMK candidate from Arakkonam Lok Sabha seat for the forthcoming parliamentary election. A businessman-politician, he has been elected three times since 1996 from Arakkonam seat. He was the minister of state for commerce and industry in the UPA government under Dr. Manmohan Singh.

His name had figured prominently in the Coalgate scam which shook the then Manmohan Singh Government. It was alleged he leveraged his political clout for illegal coal allocation for his company in 2007 and amassed assets from 5 Crore in 2009 to 70 crores in 2011, which represented highest percentage rise of assets among all ministers in the central cabinet.

In 2016, Income Tax authorities raided the houses, business establishments and reportedly seized more than Rs 20 crore of unaccounted money during the raid including Rs 5 crore seized in cash seized from one of his residence. IT sleuths conducted raids after specific information that the former Minister has evaded Income Tax to the tune of more than Rs 200 crore.