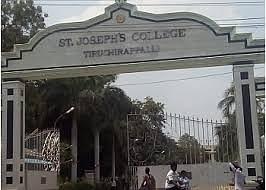 An effort to ‘polarise’ communities in Tamil Nadu has been thwarted by the state government, after complaints of religious hurt poured in, reports The Hindu.

The Department of Tamil at St. Joseph’s College, Tiruchi, had to ‘postpone’ a seminar titled ‘Harassment of women as registered in Tamil Literature’, after Minister for Tamil Culture ‘Ma Foi’ Pandiarajan intervened and said he would not allow the ‘derogatory and slanderous’ event.

The principal of the college, M Arockiasamy, responded by saying that the seminar stood ‘postponed’ as the institution was ‘busy’ with ‘flood relief’ for cyclone Gaja.

The Minister made his stand clear after complaints of disrespect shown to Tamil and Vedic culture came in from various quarters. “When there are numerous Tamil literary works that glorify women and Tamil culture, a poisonous idea that Tamil literature demeaned women should not be allowed to be sown,” Pandiarajan said. “The State government will ensure that the seminar does not happen,” he added.

The organisers had invited research works on ‘male domination’ from the Vedic period, leading to the outrage. Some of the suggested topics for research were ‘Male dominated thoughts in Kambar Ramayanam’, ‘The plight of Surpanakha in Ramayana’ and the ‘Oppression of Panchali by men’.

BJP national secretary H Raja, taking exception to the veiled denigration of Hinduism, and the subtle marketing of Christian ideology, said it was an effort by missionaries and urban naxals to demean local culture and traditions and should be fought tooth and nail.