Stalin, Kamal Haasan Among Others Protest After ‘Outsider’ Kannadiga VC Appointed To Anna University In TN 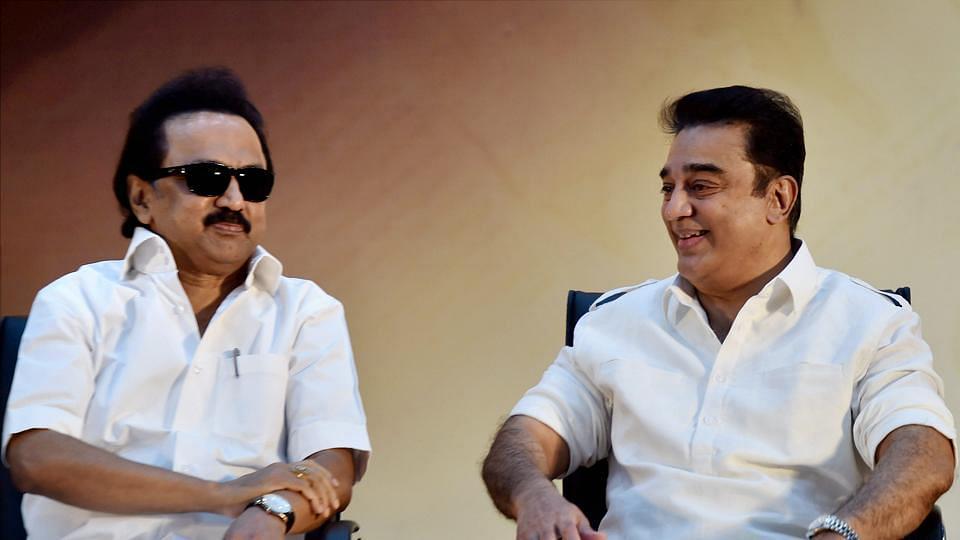 Actor Kamal Haasan, who recently entered politics with his Makkal Needhi Maiam party, expressed anger over the appointment of M K Surappa as the Vice Chancellor of Chennai based Anna University, reports TheNewsMinute.

Surappa was appointed as the University’s Vice-Chancellor for a period of three years on Thursday (5 April), by Tamil Nadu Governor Banwarilal Purohit.

In a tweet posted today, Kamal Haasan claimed that gulf between the people and the government was obvious. With regards to the Kaveri water dispute he claimed that, Tamil Nadu had asked for water from Karnataka, and they had instead been given a Vice-Chancellor.

He thus questioned whether there was a game plan to taunt the Tamil Nadu people so that they react adversely.

We asked for water from Karnataka and we get a vice-chancellor from Karnataka instead. The gulf between people and the government cannot be more obvious. Are they taunting us so we react adversely? I wonder what their game plan is

Interestingly less than a hour after his tweet, Haasan tweeted out a clarification claiming that the said tweet was a “humorous quip” at the Centre and State governments, and not a swipe at the Chancellor. In the end though he reiterated that Tamil Nadu was in need of water.

Mr.Nagesh One of my Gurus. Mrs. S Mr. Rajkumar anna Mrs. Sarojadevi and my friends Mr. Rajnikanth and Mr. Ambresh are my own.That was a humorous quip at the central and state governments Not a swipe at the Chancellor . Nevertheless TN needs water.

Even though Haasan might have dismissed his criticism of the Vice Chancellor as a mere joke, other Tamil Nadu politicians have been pretty serious in their disapproval over the appointment.

In a Facebook post on Thursday (5 April), Dravida Munnethra Kazhagam (DMK) leader M K Stalin called the appointment unacceptable at a time when the Kaveri water issue was in focus.

He also claimed that PMK would mobilize Anna University’s students to protest against this appointment.