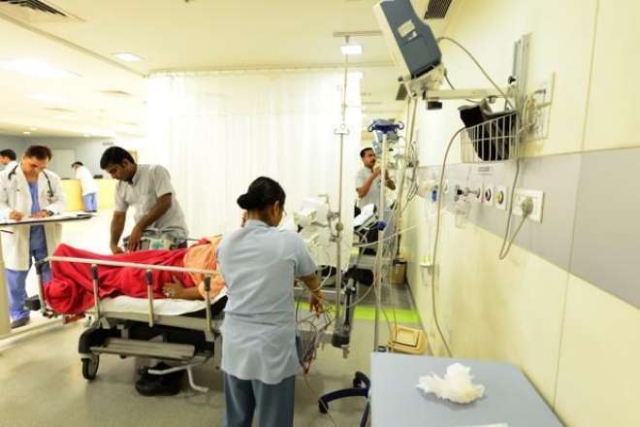 The Centre has asked the states to increase healthcare spending to a minimum 8 per cent of their respective state budgets, Union Health Minister Dr Harsh Vardhan said on Thursday (10 October).

Inaugurating the 13th conference of the Central Council of Health and Family Welfare (CCHFW), the Minister said it was important for states to increase their budget allocations so as to meet the healthcare spending goal of 2.5 per cent of the GDP by 2025 as set out in the National Health Policy (NHP) 2017.

Vardhan said that the purpose of the CCHFW meeting is to build a consensus on the national health priorities such as Universal Health Coverage (UHC) through the Ayushman Bharat scheme, eliminating tuberculosis (TB) and strengthening medical infrastructure, among others.

This can be achieved by a collective increase in healthcare spending by the states and union territories, he added.

At the inaugural session, the Health Minister launched a new initiative - 'Surakshit Matritva Aashwasan (SUMAN)' - for zero preventable maternal and newborn deaths, the programme website and its grievance redressal portal.