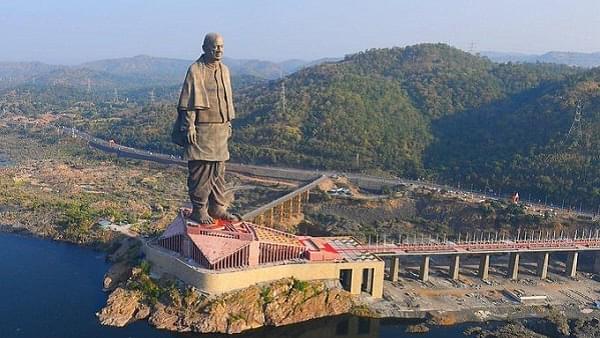 A view of Statue of Unity. (@pavnkaushik/Twitter)

The 182-m-tall Statue of Unity built in honour of Sardar Vallabhbhai Patel has been included in the Time magazine second annual list of the world’s greatest places 2019, reports the Financial Express.

Ths statue which is built on an islet, Sadhu Bet, near the Sardar Sarovar dam in Narmada district in Gujarat is the tallest in the world and is twice the height of the Statue of Liberty in the United States.

The statue was inaugurated by Prime Minister Narendra Modi on 31 October 2018 along with the inaugurated the Wall of Unity, a monument defining India’s unity, near the towering structure.

While the statue pays homage to the Iron man and first Deputy Prime Minister of India, it has also become one of the biggest tourist attraction, pulling crowds from all across the world.

Apart from the Statue of Unity, Mumbai’s Soho House also features in Time magazine list of world’s greatest places to stay. Located in a breezy, 11 storey building overlooking the Arabian Sea, the Soho House has a library, 34-seater cinema, rooftop bar and pool.