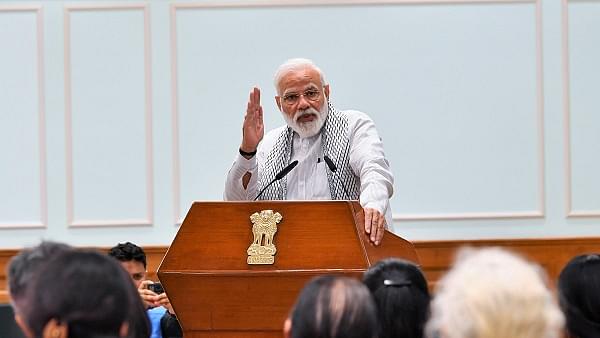 India’s national currency has gone from being Asia’s worst performing currency to its best within a matter of five weeks as the chances of Prime Minister Narendra Modi’s reelection in May have increased, reports Bloomberg.

“The high-yielding rupee will likely advance further if Modi wins a second term,” said Gao Qi, a currency strategist at Scotiabank in Singapore. Qi expects the currency to rise to 67 per dollar by June-end. “A dovish tilt by major central banks in the face of a faltering global expansion could also prompt foreigners to chase higher yields in emerging Asia,” he added.

India will go to polls in a seven-phase manner spanning over two months and the results will be announced on 23 May 2019.

Investors are hoping that a second term for the NDA government headed by PM Modi will provide a stable government to the country capable of undertaking bolder economic reforms and more monetary policy easing.

Thus, foreign inflows into the country have swelled to $3.3 billion till 18 March, and bond holdings by foreign investors have increased by $1.4 billion this month (March 2019). This dollar glut has sent Rupee’s price soaring for the fifth straight week, and the rupee closed on Friday (15 March) at 69.10 against the dollar, its highest level since 10 August 2018.

Also Read: If PM Modi Is Not Re-Elected Rupee May Slide Beyond Rs 75 Against The US Dollar, Warn Experts