Steve Bannon Takes Mainstream Media To The Cleaners At CPAC 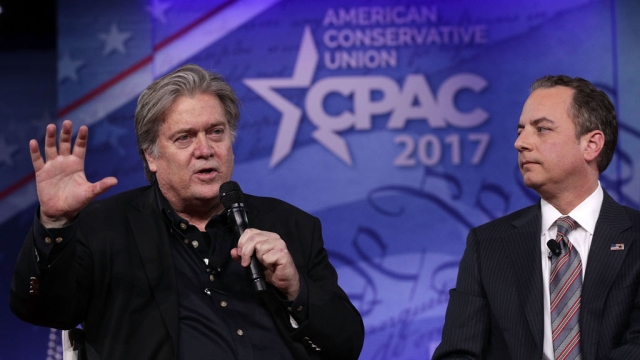 This year’s Conservative Political Action Conference (CPAC), a political conference hosted annually by the American Conservative Union, was under the spotlight, first for inviting controversial writer Milo Yiannopoulos and then for ousting him after a clip surfaced of him defending Pederasty, a homosexual relationship between an adult male and an adolescent male. The conference finally got underway yesterday (23 February) amidst all the hullabaloo. The headlining event, so to speak, was Trump administration officials’ address to the audience.

In a repeat of his infamous interview with the New York Times, United States President Donald Trump’s chief strategist Steve Bannon took the mainstream media to the cleaners and called them, once again, “the opposition party” while speaking with White House Chief of Staff Reince Priebus. He was quoted as saying,

"It's not only not going to get better, it's going to get worse everyday... they're corporatist, globalist media," Steve Bannon says pic.twitter.com/mhIz32h1xn

Only last month, Bannon had launched a blistering attack on the legacy media in the country. He had also defended White House spokesperson Sean Spicer’s combative performance in which he had taken on the media for what he had described as "dishonest inauguration coverage." He had then said the “media has zero integrity, zero intelligence, and no hard work.”