Stonework At Ayodhya Ram Mandir To Begin In December, Foundation Work To Be Completed By October 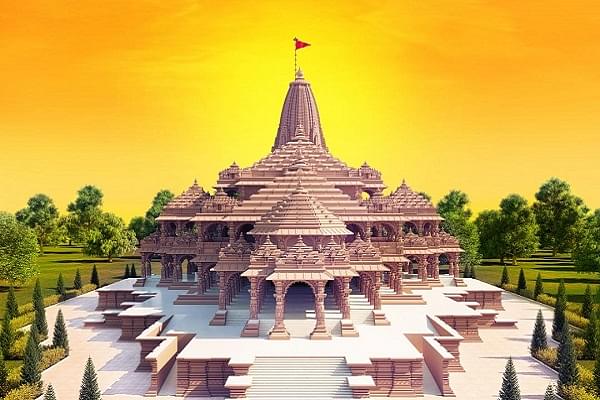 The Ram Janmabhoomi Teerth Kshetra Trust on Monday (7 June) said that the stonework at the Ram Mandir here would start in December this year.

According to the Ram Mandir Trust, filling of the foundation measuring 50-feet deep, 400 feet long and 300 feet wide will be completed by the end of October, and the second phase of construction work which includes fixing of stones to create the temple structure, will begin from December, reports The Hindu.

"In December, the work on the base plinth will start with pink stones of Mirzapur and an order has been placed. The stones will be cut and shaped in the premises of Ram Janmabhoomi," said Anil Mishra, Trustee of Ram Mandir Trust.

The work to lay the foundation for Ram Mandir in Ayodhya began on 15 March with Vedic puja at the site before the commencement of the work.

The grand temple of Lord Ram in Ayodhya is likely to be completed in three years.